“Washington County Is Changing, And We Need To Structure Our Government To Reflect That Change”

An Interview With John Dugger, Candidate For Beaverton City Council 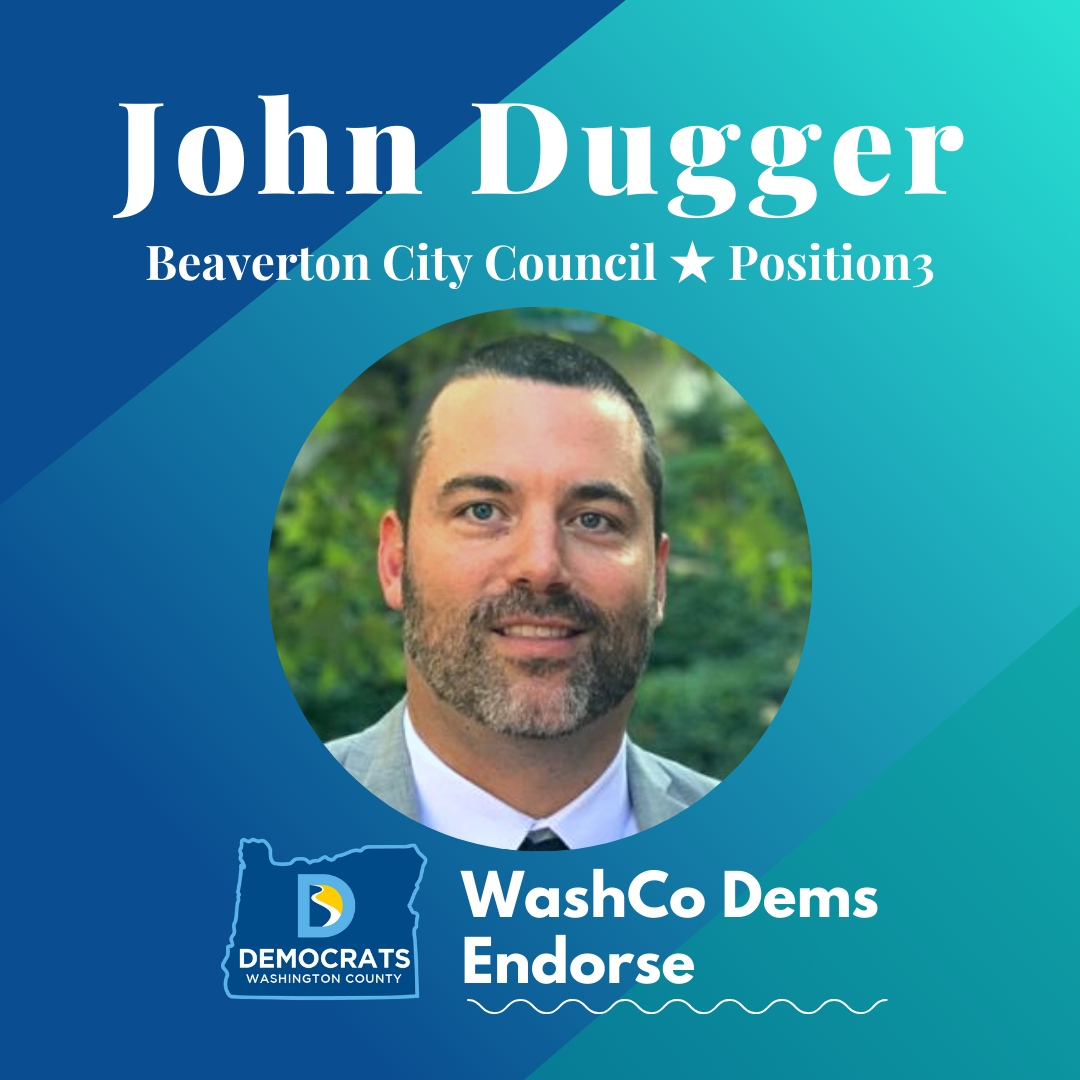 “My inspiration to become a candidate has always been my work in the community and wanting to take that to the next level,” says John Dugger.  “I’ve spent years leading and organizing with neighbors, volunteering on various city boards, co-founding some organizations in the community (like Pride Beaverton and Highland Helpers) and connecting with everyday people.”

Indeed, to say that John has been active in our community would be an understatement.  Besides co-founding Pride Beaverton and helping organize Beaverton’s first-ever Pride Parade in 2019, he serves on the Beaverton Budget Committee, the Transportation and Capital Improvement Advisory Board, and has previously served on the Beaverton Planning Commission.

“As I’ve done this work, I have noticed so many unmet needs but also so much potential in our city.

I want to be a part of the solution in tackling some of those big unmet needs and helping Beaverton reach its true potential.”

John is now running for Beaverton City Council, position 3.  He is running on a platform he calls the Hometown Beaverton Plan.  As his campaign website states: Hometown Beaverton is rooted in community connection as a basis for economic, placemaking, sustainability, transportation and government reform.

“Washington County is changing, and we need to structure our government to reflect that change,” he says. “For instance, we are already one of the most racially and culturally diverse counties in Oregon and dozens of languages are spoken in our homes.  We have an aging population with differing needs and our LGBTQ+ population is growing and becoming more active.”

John’s campaign is all about breaking down barriers in our changing community. “This includes childcare and translation services at public meetings, being culturally sensitive in the language and words we use, implementing unconscious bias training, making sure we include all people and their viewpoints, and generally helping to make our governing boards look like our population.”

“Senator Kamala Harris said it best:  If you can’t see it, you can’t be it.”

John graduated from PSU with a degree in environmental science and has focused on sustainability throughout his life, so climate change is a vital issue and a passion for him.  “Local government has to be aggressive and lead by example in fighting this because, at least at this moment, the federal government is unlikely to be a leader in this space. For Beaverton specifically, we just passed a climate action plan to begin this work. I support the plan but believe it must go further and have called for the city to be carbon negative by 2030.”

How can we make this happen?  “I believe this can be achieved by augmenting the current plan with a robust urban forestry and street tree program, aggressive rollout of electric car infrastructure, investments in public and active transportation and neighborhood eco-districts where neighbors would determine what actions happen in their neighborhood (this could be bioswales, community solar gardens, etc).  We can do this in a way that is educational to our residents, transparent to our community, engaging to our neighbors and will increase the livability of Beaverton.”

Before joining Nike in 2019, John spent decades working in health care management–among other responsibilities, negotiating for more affordable costs on behalf of hospitals like Providence St Vincent and Legacy Emanuel. Especially given the current pandemic, what are John’s thoughts about the state of health care in Washington County?  “We’ve seen from the ongoing COVID-19 crisis that public health is foundational to the stability of our community. We have all had our eyes opened to the vulnerability of our people and we need to act in a robust and thorough way to develop redundancies in our support networks. Having spent most of my career in health care, I know we need to develop local response mechanisms for both immediate and emergent events (like COVID-19) but also make sure we are addressing chronic problems within our community, like lack of health insurance and coordination of care.

John Dugger is going to be on the ballot for the May 19th election.  To find out more about him, go here, and to get more detail about his Hometown Beaverton Plan, go here.

Read our Up Close and Personal interview with John here.