Skip to content
Our Values: A Global Commitment to Peace

Our Values: A Global Commitment to Peace 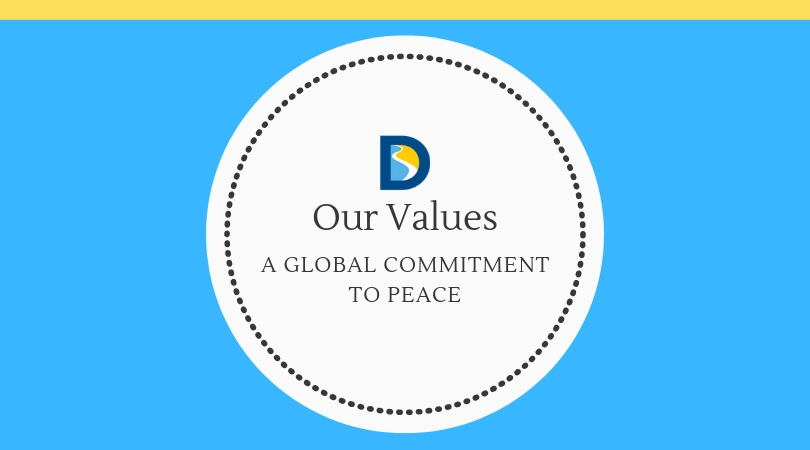 It’s happening again. We can see it plain as day. The drums for another war are starting to beat. It seems that any time a Republican administration feels like it needs more power or popularity, it tries to motivate Americans with a perceived foreign threat and get us involved in yet another military conflict. Just a few years ago, it was Iraq…now it’s Iran. It begins with flag-waving and patriotism, and ends with more people killed and more lives destroyed. We cannot continue invading countries around the world in the name of “freedom and democracy.”

The Washington County Democratic Party is clear about its stance on this issue. Our party platform states: “We oppose the military policies of nation-building and regime change.” We also believe that the American military should not act unilaterally in overseas conflicts. One way to prevent this from happening is to set up clear guidelines which require congressional approval for each individual military action. The last official declaration of war the Congress issued was for World War II. Since then, the United States has engaged in multiple undeclared wars.

We see the United States as part of a global coalition, not a solitary warrior justified in attacking any country it dislikes (or hopes to profit from). There is a legitimate argument for fighting as part of a NATO or United Nations mission. Any American troops abroad which are not serving as part of a NATO or UN-backed mission should be cut significantly. Imagine what we could do to better our own society if we didn’t have a bloated military budget! Our party offers the simple idea that the size of our military budget should match the actual level of threat to the nation. This means it would likely get cut by at least half.

Not too long ago, we marked the sad anniversaries of atomic bombs getting dropped on Hiroshima and Nagasaki. While the possibility of nuclear war is not talked about as much as it used to be during the Cold War, as long as nations continue to arm themselves with missiles–not least the United States itself–the world is always on the brink of destruction. The Washington County Democrats oppose nuclear proliferation, and we think that the best way to decrease the chances of nuclear conflict is for America to lead by example, by reducing its own nuclear stockpile. We support treaties which ban chemical and biological weapons, as well as the international landmine ban. And we also oppose space militarization. No Space Force! If space is the next frontier, let’s try to keep it free from human war-mongering games if we can.

All of this does not mean that the United States should not play a role outside of its borders. To the contrary–isolationism is not the way to go forward, either. We believe that the Universal Declaration of Human Rights should be the foundation for how we relate to the rest of the world. The Declaration is a document issued by the United Nations in 1948, and it lists basic human rights which should be protected, no matter where you live–such as recognition before the law, freedom of movement, freedom to marry, etc.

In cooperation with the United Nations, America can help humanity make positive changes. We can do this by taking on real threats: genocide, human trafficking, sexual exploitation, political and religious persecution. We can challenge the way corporations are treating people around the world, by demanding increased labor and environmental protections, and making sure that when trade agreements are negotiated, citizens and labor organizations are able to participate. And our country can recommit itself to following Geneva Convention rules when it comes to torture, rendition, indefinite detention and extrajudicial executions.

Here’s where we come back full circle to Iran. There are ways in which we can stand up to oppressive regimes without pointless bloodshed. The party platform supports “non-violent approaches such as boycott, divestiture and sanctions to promote change in countries perpetuating human rights violations.” I know that growing up in 1980s Poland, one of the things that made the biggest difference in us dealing with our own oppressive regime was the assistance Western countries offered to the Solidarity movement, our largest anti-government resistance group. There are resistance movements right now in places like Iran, Russia, Saudi Arabia, even North Korea. Giving aid and a morale boost to those kinds of groups will do infinitely more than bombing the population of a country we decide is our “enemy” and turning its people against us.

This is the final of ten articles the Comms team is writing on our 2018 What we Stand For (which maps 1-to-1 with the Articles of our 2018 Platform).  Facts and policies exist within the frame of morality, which is how the brain works.  Our challenge as Democrats is to state our progressive values better to our coworkers, neighbors, and family.  Our values are as American as apple pie, and the American flag means more than just supporting the troops or the status quo.  Our policies must be grounded in values and feeling and not just theory in order to connect to voters that may not yet be swayed to vote Democrat.  We must also understand the traditional conservative values of non-Dems (and Dems) better in order to improve our empathy and ability to connect (which is core to progressiveness).  This series of articles by our writers explores our values by offering some depth and context.