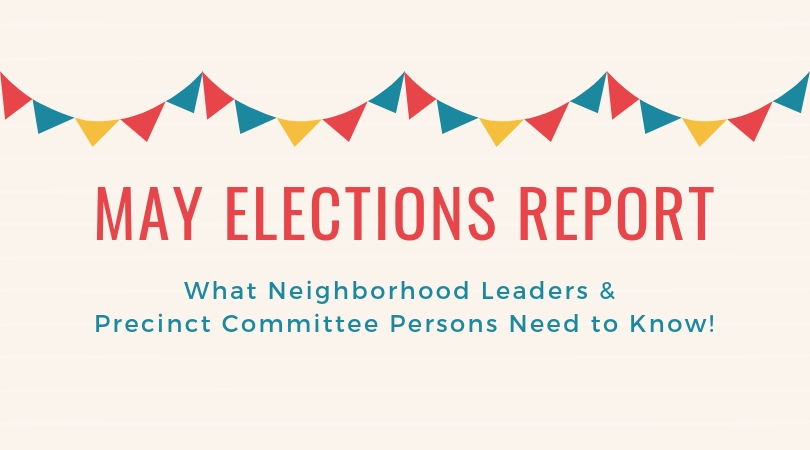 From our Field Director, Carl Fisher

We will be doing our normal Neighborhood Leader Program for the May 2019 Election. Stay tuned for more info from your House District Leaders on this effort. Training will be provided throughout March and April for new and returning Neighborhood Leaders. Those dates will be released next week.

There are two races based on current filings that are contested between multiple Democrats. Those races are:

There are currently three races where we have a Democrat vs. Republican or Other Party

As we get closer to the filing deadline later this month more candidates will have announced and filed. We may see more Democrats running against other Democrats and more contested races from other parties.

Note these are non-partisan positions, so the Washington County Democrats can endorse candidates.

Bring your lunch and meet other local Democrats at our office in downtown Hillsboro at Noon for a lunch hour briefing on the upcoming election. Learn more about the current candidates filed and about expected turnout. Learn about which groups are most likely to get involved and activated.

There will be an evening briefing later in March for those that cannot attend this meeting.