Skip to content
Races to Watch in 2022 – February Outlook

Races to Watch in 2022 – February Outlook 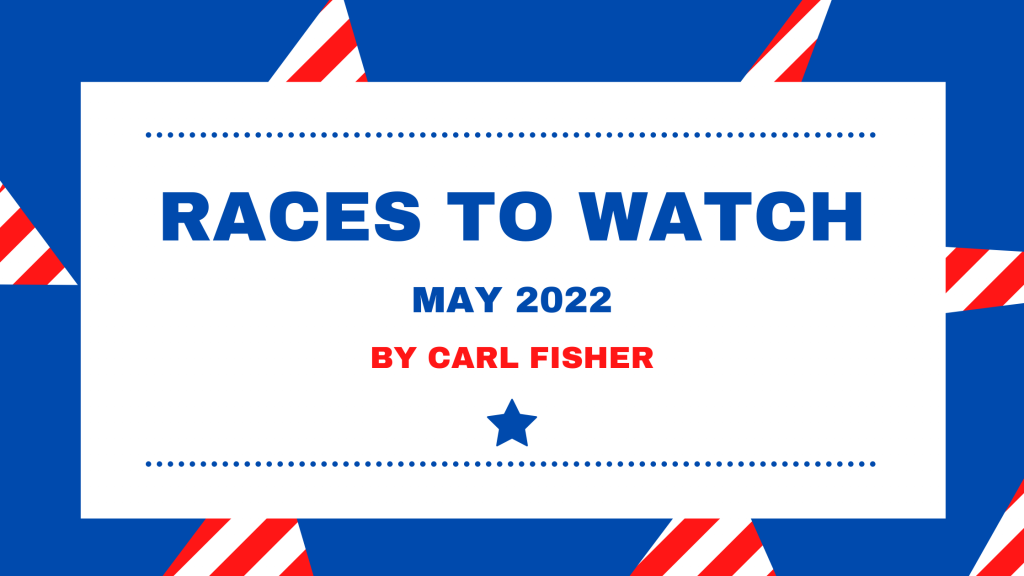 Well, Democrats, 2022 is here and the candidates are coming for your inboxes! Donation requests, volunteer recruitment, and endorsement requests are all well underway. I was asked to give you a preview of what contests will be the Races to Watch as we head into the May Election.

Let’s start with the race for Governor and the ensuing drama that has come of the race so far. You’ve probably already noticed ads starting to pop up online. I’ve done several interviews with our Democratic candidates and hope to have more to come over the next couple of weeks.

The media has covered mostly two aspects of the race so far; the money raised by the candidates and whether or not candidate Nick Kristof is eligible to run. As of this writing, the Oregon Supreme Court has ruled that the Secretary of State did nothing out of line in her decision or process to disqualify Kristof from the ballot. Nick Kristof’s campaign for governor in 2022 is officially over. I hope he can pivot somehow and find a way to stay involved in politics and our party.

Our candidates are raising a lot of money. Candidates raising money for a statewide race is not unusual, what has been unusual is how quickly these campaigns have been raising money. When Barbara Roberts ran in 1990 for governor she didn’t hit the million-dollar mark until the fall of 1990. Candidates are already hitting that mark and starting to surpass it. For candidates that are not well known to the voters, money will help them get that message out in a short time frame. Tina Kotek, Tobias Read, and Patrick Starnes are probably the most known candidates out of the twelve Democrats running in the primary.

The next open statewide race is that of the Labor Commissioner. Casey Kulla previously was running for Governor but perhaps decided the field was too crowded and jumped into the race for Labor Commissioner. Christina Stephenson, a former candidate for Oregon House District 33 in 2020 has also entered the race. This position became open when incumbent Val Hoyle decided to seek the nomination for congressional district four after Peter DeFazio announced his intention to not run again.

Federal races in Washington County are also presently active. Senator Ron Wyden is running for re-election and has nominal opposition in the primary. The same with Congresswoman Suzanne Bonamici in congressional district one. The primary to watch at the federal level in Washington County is the nomination for congressional district six. It seems every day we have a candidate announcing for either party nomination. For the Democrats, we are at eleven as of this writing.

The Races YOU GET A SAY IN

Let’s talk about local races in Washington County. It seems most races will be contested at the county level. These are the races where being a Precinct Committee Person (PCP) matters because you get to decide if the Washington County Democrats will endorse these candidates for non-partisan office.

We have two Democrats running for County Commission Chair. Incumbent Kathryn Harrington and Hillsboro City Councilor Beach Pace both want the top job in the county. I don’t recall the last time we ever had just two Democrats seeking the county chair position. Republicans have yet to file a candidate.

We have another active race for District Attorney in Washington County. Brian Decker is challenging incumbent Kevin Barton, who won four years ago in one of the most expensive campaigns in Washington County history. Outside money was flowing into the race and it’s already started up again. Nike Founder Phil Knight is putting his chips down on Kevin Barton again. Brain Decker started early and is gaining steadily to be competitive with the incumbent. Phil Knight wouldn’t be sending $100,000 checks to incumbents if there wasn’t a concern.  If you are looking for someone that is committed to getting justice and not just trial wins, Brian Decker is your candidate.

The normally sleepy race of county auditor will feature at least two Democrats this May. Incumbent John Hutzler, one of your longtime PCPs and Neighborhood Leader from the Rock Creek area. He first won office in 2010. A fellow Democrat has stepped up to run for the seat. Her name is Kristine Adams-Wannberg. This is her first campaign here in Washington County. I don’t expect this race to get a lot of attention, but I would expect the local party to have a healthy conversation about it when it comes time to make endorsements. Much like the DA, most people don’t understand what the Auditor does. The more voters don’t understand what a position is about, the less likely they are to vote for any of the candidates. Both candidates will have to do a lot of educating the voters.

Justice of the Peace

Dan Cross is our incumbent Justice of the Peace. You are probably thinking ‘Justice of the Peace’? That sounds like something out of the old west when horses were the main mode of travel for folks in Washington County. These courts go back to the establishment of the provisional government of the state of Oregon. Washington County at one time had several Justice courts, but over the decades as our population grew and other courts were created the justice courts’ focus kept with local issues like traffic tickets, boating, wildlife issues, and other minor offenses. We eventually consolidated all our justice courts into one that covers the entire county. The Justice of the Peace also has the popular task of being one of the main wedding officiants in the county government. For $115 dollars covering the fees, you can get married by appointment with the Justice of the Peace. Dan Cross first won in his seat in 2016.

Both commission districts on the ballot this May have the incumbents (Democrat Pam Treece, District 2) and (Republican Jerry Willey, District 4) running for re-election. Both are being challenged by candidates from the opposing party. Democrat Ryan Van Domelen is running district four which covers Hillsboro and most of western Washington County. With both races contested your endorsement and work as Neighborhood Leaders will impact these down-ballot races.

Beaverton is the only local city in Washington County where the election for the city council starts in the May Primary. We know there are several Democrats that have made their intention to run known or have filed a PAC or made a Facebook page for their campaign. Incumbent Ashley Hartmeier-Prigg in position #1  is running for a full term after winning the special election in May 2021. Ashley is a longtime PCP and Neighborhood Leader.

Beaverton Downtown Association Executive Director Kevin Teater is running for position #2. Kevin is a Democrat and has been involved with the Beaverton Neighborhood Association, and served on the city Planning Commission. The incumbent in position #2 is Laura Mitchell.

Democrat John Dugger is returning for a second attempt to win a seat on the City Council. He ran two years ago against an incumbent but didn’t make it over the finish line. Now he’s back with even more experience ready for another race. Position #5 is currently held by Marc San Soucie. He is not running again.

Dr. Edward Kimmi is new to running for office but not to getting involved in his local community. He is one of our local Democrats and is seeking position #3. He is a founding member of the Beaverton Diversity Advisory Board. He helped craft Beaverton’s first Diversity, Equity, and Inclusion plan.

How can you help decide the candidates the party endorses?

If you want the chance to weigh in on the local races I have reviewed in this post you need to get appointed a PCP at the WashCo Dems Central Committee meeting on February 23, 2022. You can fill out the Appointment Form found HERE.

The WashCo Dems will be holding a special meeting of PCPs on March 2nd at 7:00 pm to determine which candidates we will be endorsing.

This is not to say that these are the only candidates. The filing deadline is March 8th and candidates can withdraw from the race until March 11th. More candidates could file or announce, but if it is after March 2nd, they would have to wait until the March central committee meeting to try to earn our endorsement.

In my next post, I will review the legislative primary races in Washington County.