Hillsboro School Board – Be Careful Who You Vote For 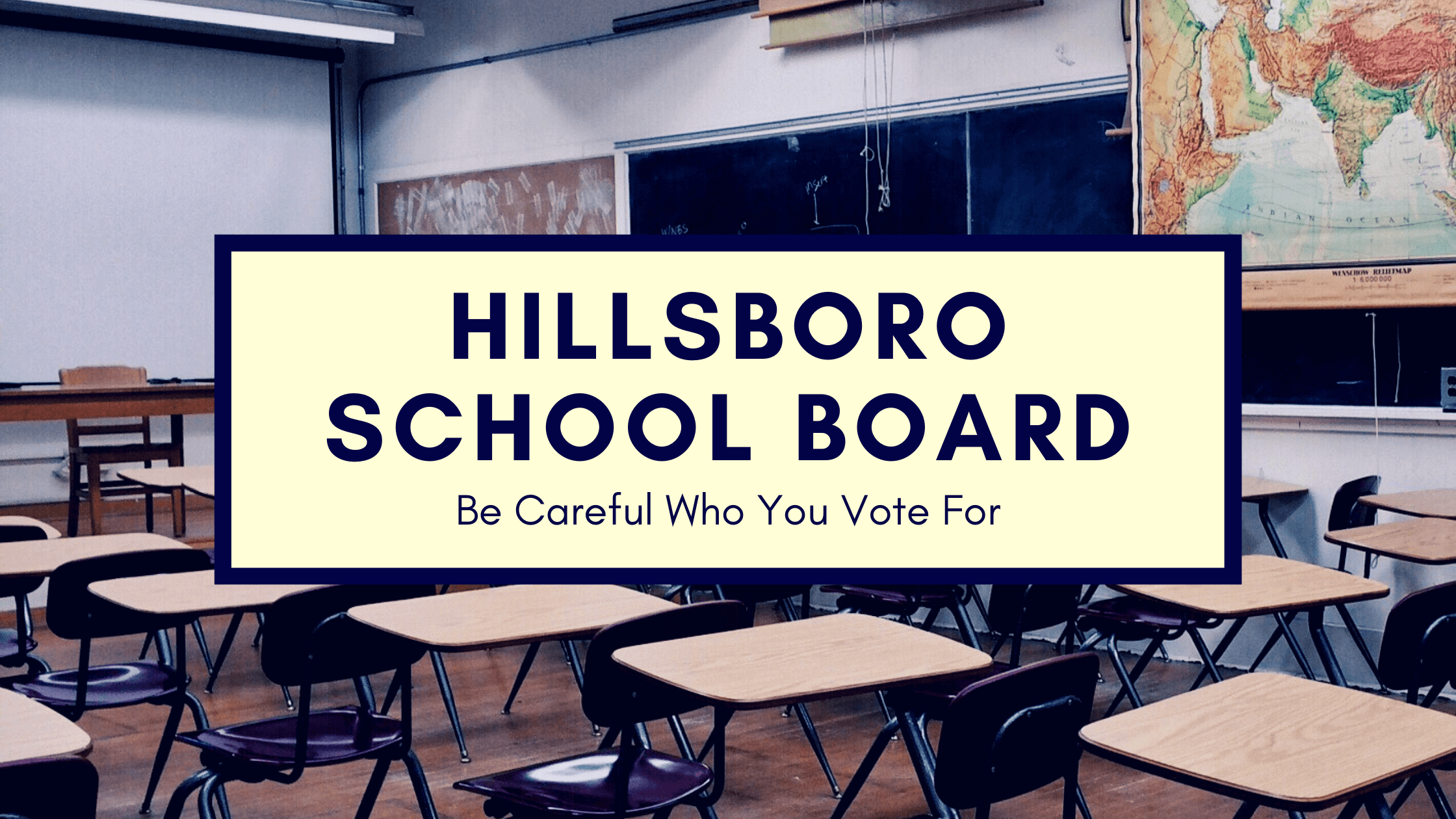 It has come to our attention that a dangerous attack on our progressive values has been launched by an anti-education group. While we applaud the diversity in their candidates, unfortunately, their platform calls for removing Sex Education from schools. This puts children at risk of historical revisionism that would downplay some of our country’s lessons learned in favor of a “positive” historical revisionism.

We believe this group may be related to a Regressive organization that made some inroads in the Salem School district, and we’re calling on all Hillsboro Progressives to carefully research candidates when voting this May.

NOTE: The Washington County Democrats will have an endorsement process later this month. This article is not meant to be in opposition to any particular candidate, but rather to the ideals stated on an organization’s website.

Based on what we can see, what the organization dubs its “values” include “return(ing) family-related issues back to the parents.” On its face, this objective may appear to be reasonable, but it disregards overwhelming research and proven educational best-practices when it comes to sex education of children.

According to a National Association of School Nurses (NASN) position statement, “developmentally appropriate evidence-based sexual health education should be included as part of a comprehensive school health education program and be accessible to all students.” Noting that the “NASN recognizes the role of parents and families as the primary source of education about sexual health,” the statement describes the school nurse as a “valuable resource to parents and educators in this area,” and reiterates the nurse’s role “supporting the implementation of evidence-based sexual health education programs that promote healthy sexual development for all students.”

Citing a variety of studies and analyses from the Centers for Disease Control (CDC) and the World Health Organization (WHO), the NASN position statement calls out several compelling statistics.

It fosters equity, improves public health and student performance, and creates a more level playing field for those students who, for whatever reason, cannot expect to receive a factual and complete education at home.

We urge Hillsboro voters to consider the overwhelming evidence in support of comprehensive sex education for adolescents and teens before supporting or voting for the candidates who support removing Sex Education from schools, or revisionist (they call it “more positive”) History.