Skip to content
Breaking Out of the Culture Prison

Breaking Out of the Culture Prison 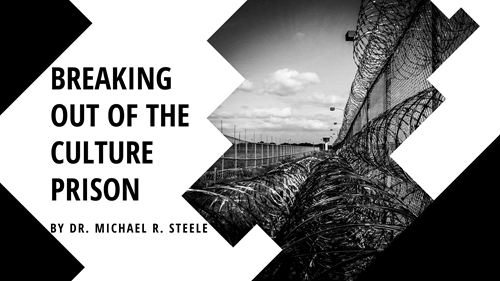 With the storming of the Capitol on January 6, American history and politics is entering a new phase—one in which the adversaries stand out in high relief. Recent surveys indicate a widespread rejection of Trump’s incendiary role, but 12% of the population stands fully with him.

Many Americans believe the 30,000 lies that Trump told them in the past five years. The role of science in formulating important policies has been severely eroded. Various inane conspiracies have taken root and are believed by large numbers of Americans. As has been stated countless times, Trumpism is a cult. Those in the cult have lost the ability to use the reasoning skills that non-cultists employ on a daily basis.

This struggle is not wholly new to America, as we have been divided along racial lines from our inception. The Civil War ended chattel slavery but did nothing to eliminate the underlying ideology that fostered slavery—white supremacy. For much of its history, the U.S. was one of only three “apartheid states” in the modern world—joining S. Africa and Rhodesia to complete the triumvirate.

Other countries have seen similar alarming social and intellectual conditions, not the least being Nazi Germany… which was one of the most highly educated populations in the world at the time. Despite this level of education, vast numbers of 60,000,000 Germans came to believe Hitler’s claims—the fictitious “stab in the back” by Jews, the myth of an Aryan race, and the justification of massive, genocidal scapegoating, to name the obvious cases.

When the Nazi regime fell, the Allies attempted a complex program of denazification. It proved to be too massive of a problem to solve in the short term, and was not made easier by the split of the country and other impacts of the Cold War. International politics ultimately neutralized the original intent, but it is certain that the Allies correctly knew that millions of Germans had basically become Hitler’s true believers. It would take decades for Germany to reduce the latent influences of Nazi ideology. We have such a task before us now. We must de-Trumpify.

A Digby’s Hullabaloo posting shortly after the insurrection noted that “Trumpism is about the loss of white control in a diversifying country. Democracy is the greatest threat to white supremacy.” The ideology that connects the core of U.S. history —and now Trumpism—with Nazi Germany and the apartheid states of Africa is the lie of white supremacy or its local variants. The depths of this ideology in America is admirably detailed in Ibram X. Kendi’s powerful book, Stamped from the Beginning.

The attack on the Capitol is yet another inflection point in American history in which we can find clear evidence that the original sin of slavery is still with us, operating insidiously, corrupting the minds of impressionable citizens, and contributing to a host of disturbing, indefensible, irrational beliefs as found in the complex of QAnon claims.

That being the case, one might justifiably question the efficacy of concerted efforts to redeem the situation. Once a set of beliefs has become accepted as part of a culture, it becomes very difficult to dislodge. Cultural norms are not necessarily subject to the usual interpretive maneuvers or disconfirming claims. They contain their own evidentiary value and support. It is what is known as a “closed hermeneutical circle.” Once a believer has given his or her consent to a basic claim (“whites are the superior race”) the rest follows necessarily. John Howard Griffin, in Black Like Me, refers to Lionel Trilling’s notion of “the prison of culture.”

Is there hope to alter the trajectory of history and culture? For starters, it seems to me that the perpetrators and enablers of the attack on the Capitol must face justice, and that seems to be happening. Authoritative figures or institutions should compile a point by point refutation of the key examples of The Big Lie perpetrated in Trump’s 30,000 lies since taking office. This needs wide dissemination, as does a primer of basic constitutional history and principles. Another basic—the principles of critical thinking—needs to be widely disseminated and practiced, especially as a counterweight to the absurd claims of QAnon and the like. The role of science and its principle of falsifiability must be returned to its former exalted status in America’s intellectual pantheon. And, in the information age, if we are to succeed, we must return expertise and education to a place of respect.

Some combination of these tentative suggestions has a chance to begin to chip away at the edifice of racism, ignorance, superstition, and irrationality that has spread throughout the fabric of our nation. Let us hope that the new administration finds way to start the project. Germany and Japan are now, once again, respected world leaders, and if we do this right, we might be able to be too, but first we must accept the shame of what we have been. Just like an addict in recovery, the first step is admitting you have a problem. Then comes repairing the relationships that you’ve damaged; and, in the end, you can be a stronger, more whole person than when you started.