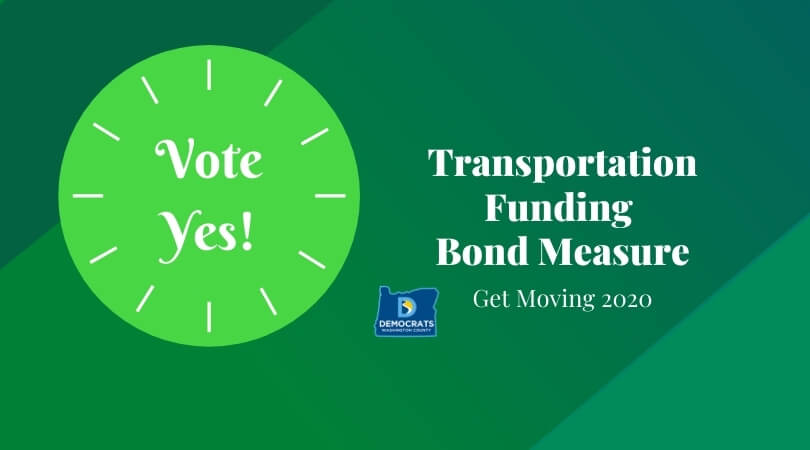 Funds safety, transit and other transportation projects in Multnomah, Washington and Clackamas counties (NOTE that this measure is only on the ballot in the Portland metro area, whereas Measures 107-110 are on the ballot statewide)

A total of 150 transportation and safety-related projects are proposed under Measure 26-218. They include new light rail lines, bridge replacements and repairs, pedestrian and bicyclist safety improvements, and traffic signal and intersection improvements. The projects would be funded by a payroll tax of up to 0.75% paid by private sector employers with more than 25 employees.

The Metro Council referred “Get Moving 2020” to the ballot.

A group called Let’s Get Moving has the support of more than 100 organizations, including labor unions, businesses, conservation and climate groups, community and equity organizations, and transit associations.

Opponents have formed a group called Stop the Metro Wage Tax. Their coalition includes 44 Oregon businesses and chambers of commerce.

Most of the contributions in support are construction, electrician, or labor groups.  Contributions in opposition are a spread of Nike, Intel, Daimler Trucks, Comcast, and The Standard insurance company, among similar types of large donors. Data source:  ORESTAR