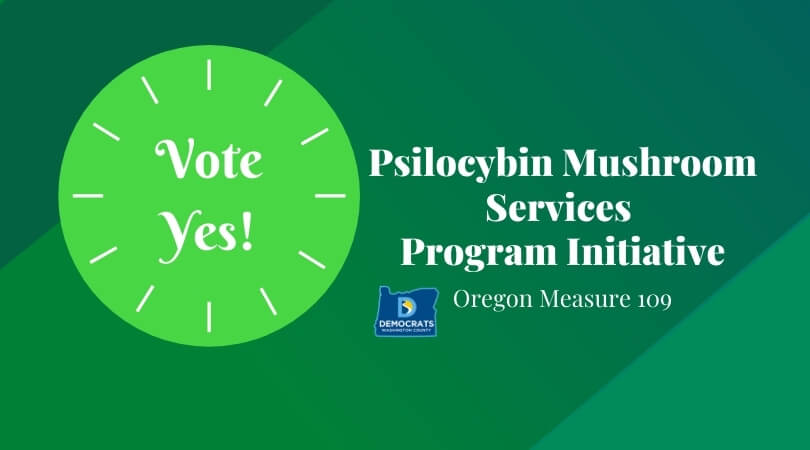 Under current Oregon and federal law, the possession and use of psychoactive mushrooms, aka psilocybin, is illegal. This measure would change Oregon law by requiring the Oregon Health Authority to establish and regulate a program that allows licensed providers to produce, possess, deliver and administer psilocybin. It also establishes a sales tax for psilocybin. It’s important to know that the measure does not legalize psychoactive mushrooms in the same way Oregon legalized marijuana. There wouldn’t be mushroom dispensaries; rather, mushrooms could only be used in a therapeutic setting with a therapist licensed to sell and administer them. This measure does not change federal law.

The chief sponsors of Measure 109 are Thomas and Sheri Eckert, a husband and wife team who are both mental health therapists practicing in Beaverton.

The Vote Yes on 109 campaign lists 44 doctors and nurses who support the measure, as well as a list of named therapists, counselors, social workers and veterans. Groups that have endorsed the measure include a number of veterans organizations, the Oregon ACLU and others.

There is no organized opposition to Measure 109, but both the Oregon Psychiatric Physicians Association and the American Psychiatric Association have issued statements opposing the measure.

While most contributions have been from individuals, 95+% of the total contributions amount comes from the New Approach PAC, a DC-based nonprofit that has supported initiatives for legalization of cannabis and therapeutic mushroom use around the country. Data source:  ORESTAR, Open Secrets