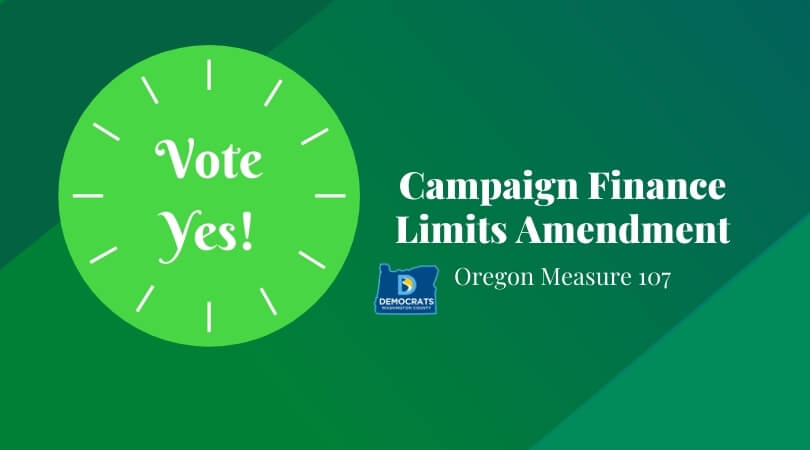 It’s important to realize that this measure doesn’t change current law; all it does is open a door to allow campaign finance laws to change in the future. Currently, Oregon is one of only five states with no limits on campaign contributions. We don’t have limits because our constitution is written in a way that prohibits them. Measure 107 would amend the constitution to allow more regulation of money in politics, including contribution limits.

The legislature referred this measure to the ballot. It passed with bipartisan support in both chambers.

A group called Fair and Honest Elections has formed to support Measure 107. They are a coalition of at least 52 organizations, including labor unions, environmental groups, religious organizations, Governor Kate Brown and a number of good governance groups.

All the funding for the supporting PAC has come from organizations inside Oregon, with most of the contributions coming from the heavily funding supporting groups of labor unions, Governor Kate Brown, and voters’ rights organizations.  Notably, many of the PACs with the largest donations are known for relying primarily on individuals’ donations.  Therefore this is considered a relatively local grassroots-funded effort, though the measure is not well-known to individual voters.  Data source:  ORESTAR