Skip to content
OP-ED: A Reminder of How Cops are Supposed to Act

OP-ED: A Reminder of How Cops are Supposed to Act

So, here’s the thing, people are angry at law enforcement these days and rightfully so. They feel that the police oppress more than they protect, and act as a militarized force to be feared rather than as a reliable part of the community to be respected. And sad to say, I’m now counted as one of those people.

The ironic thing is I’m also an ex-cop who is very proud of the services we provided when I was on the force. Weird, right? I started at the Gaston County (North Carolina) Sheriff’s Office in 1999 and went from jailer to deputy before relocating to Oregon. I’ve had all the basic police training and even attended an advanced course on riot control. Yes, riot control. And with all that in mind, what I see in Portland today makes me sick.

Basic stuff I learned at the academy is being blatantly disregarded.

Such as, never hit a person in handcuffs, identify yourself before making an arrest, use the minimum amount of force needed to satisfy law enforcement objectives, and so on, and on and on. 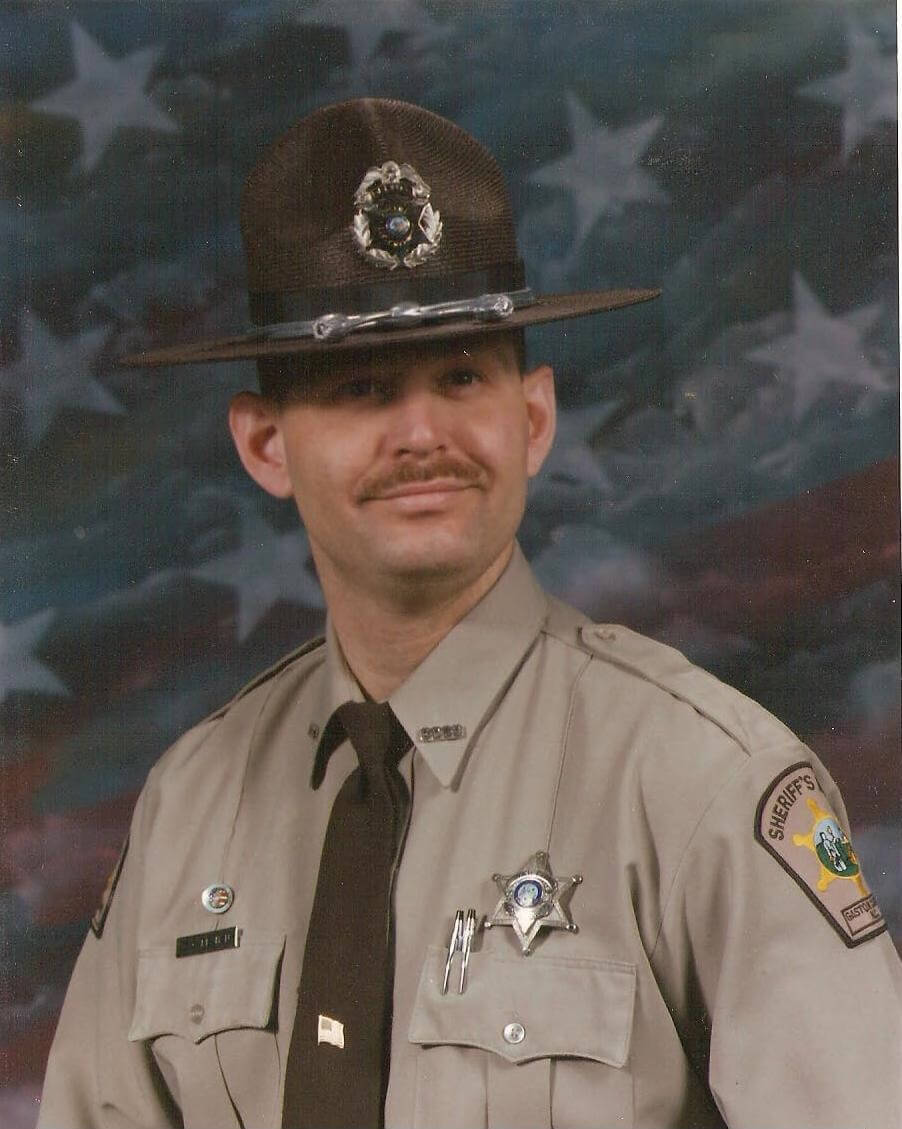 The author as a deputy in North Carolina.

And keep in mind, I was just some hick deputy sheriff from North Carolina, not some fancy federal agent on an elite SWAT team! Where did these bozos go for their academy anyway, right? No, seriously, I’d like to know because if I gave test answers that reflect their behavior, I would’ve flunked. “But, policing has changed since 1999, and old man Callahan may not be up with the times,” you may say. True, and police at all levels must keep up with legal and policy reforms through out their career much as a physician must keep up with medical advances.

But I must say that none of the things mentioned above were new when I learned them. In fact, much of this stuff about police being responsible to the public goes all the way back to 1829. That’s right, it was 1829 when Sir Robert Peel founded the world’s first police force. And his influence was so great that to this day, those cops still bear his name; the London Bobbies.

Now, who exactly was Sir Robert Peel? Well, he was the Conservative Party parliamentarian who first came up with the idea of a metropolitan police. And he deliberately chose blue uniforms for them to contrast British police officers with the British soldiers who wore red. So from the very start, the police were NOT envisioned as a military formation, but as a force of and for the people. I say again, from the earliest days, police were NOT supposed to dress like, or act like, soldiers!

I know, all this sounds like liberal claptrap today, doesn’t it? Police acting with restraint and good judgment as members of the community they protect can sound rather utopian. But I remind you, Sir Robert was a Conservative Party member and all this jived with his ideas that government should not be oppressive of the people as it protects them.

Robert Peel was sincere in those limited government beliefs. And it’s also true that he had high expectations as to the moral caliber of his constables. However, he did not expect cops to be perfect. To hold them accountable to the public, he made sure every policeman’s badge had a number so that folks could make complaints about specific officers if needed.

You read that correctly; people have been saying, “Officer, what’s you badge number!?” since 1829!

And yes, these “Peelian Principals” are still taught in police academies today. I only wish they were flowed more often. And in the case of the Department of Homeland Security’s goon squads they apparently are not followed at all.