MOVIE NIGHT: United in Anger – A History of ACT UP 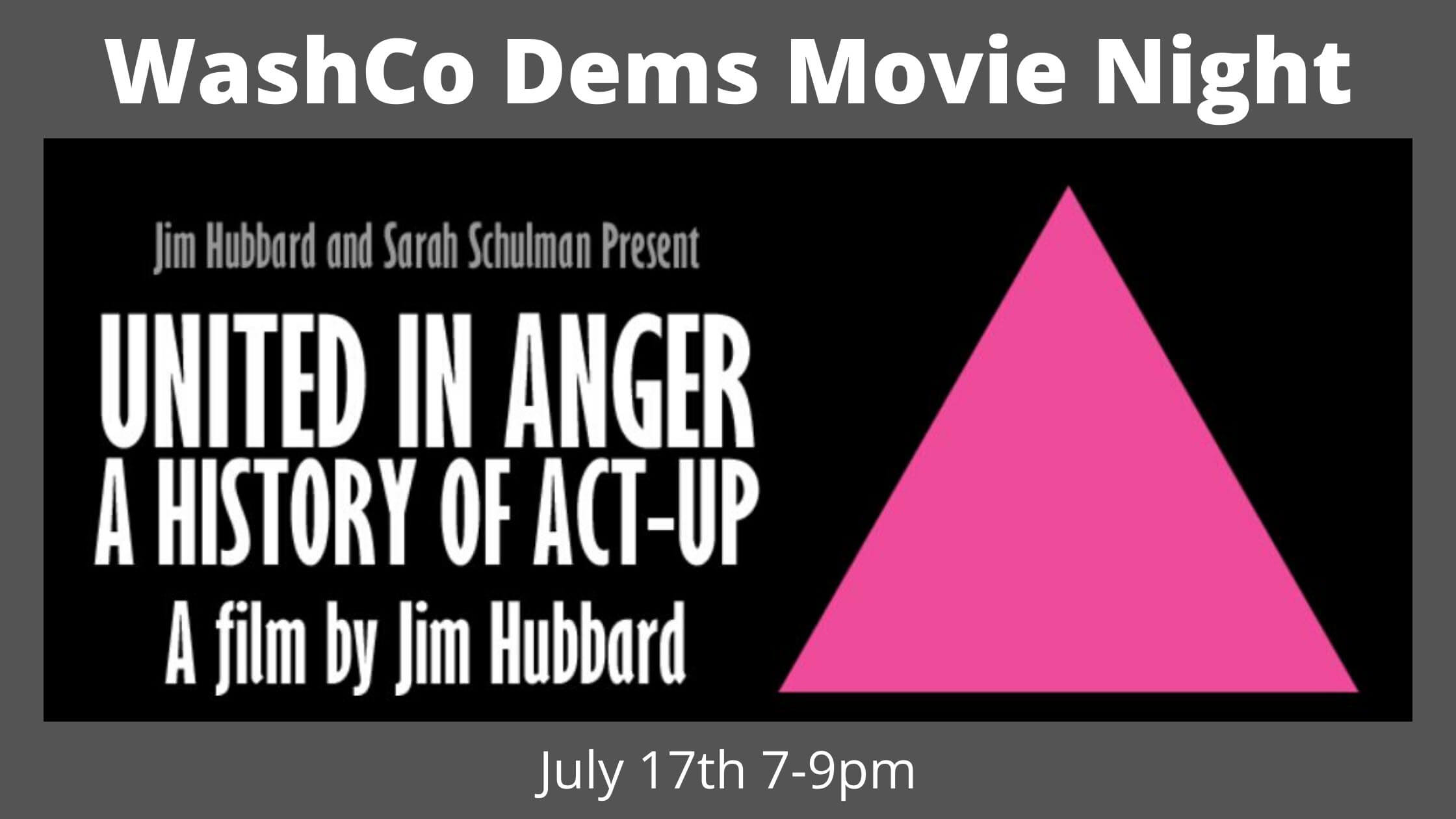 ‘United in Anger: A History of ACT UP’ is a powerful documentary film that highlights the history of the AIDS Coalition to Unleash Power (ACT UP). Much like how today’s protests are inspired and fueled by those who feel their voices aren’t being heard, the brave activists involved with ACT UP used every tool at their disposal to destigmatize HIV/AIDS and demand that the epidemic be treated with the urgency it deserved. Although some have characterized their tactics as controversial, ACT UP recognized that fighting for change often necessitates making people uncomfortable with the status quo and this film offers some lessons for today’s activists. ‘United in Anger’ is bold, emotional, and inspiring and the hope is that it will move people to get involved and fight for something.

For more information, please contact John at youngdems_chair@washcodems.org.  Join the Young Dems for their regular monthly meetings if you are young or young at heart and want to help progressive candidates win.

Hope to see you there!