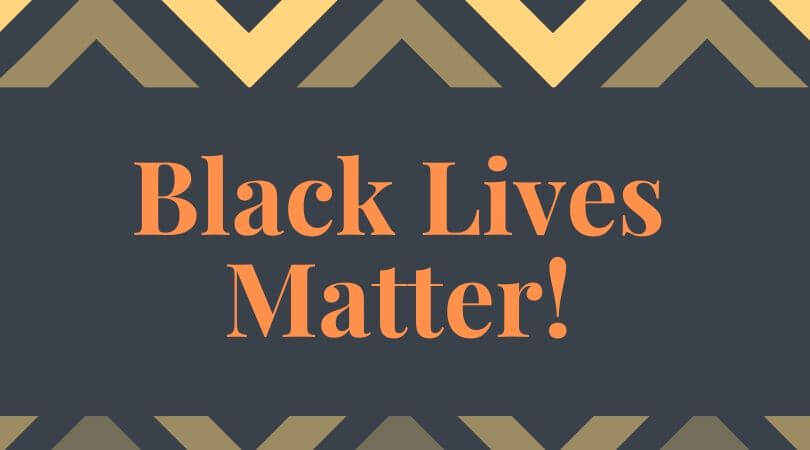 I share with you my heartfelt thoughts and why Black Lives Matter in the aftermath and honor of the life and death of Mr. George Floyd. He was a 46-year-old Black male who needlessly perished on May 25, 2020. He met his demise in Minneapolis, Minnesota, by the hands of a team of four White and Asian police officers. They appeared destined to kill him based on their actions and inactions. Two former White officers–Derek Chauvin, who relentlessly planted his knee on George’s neck, and Thomas Lane, who knelt on his back for almost nine minutes. The others, J. Alexander Kueng and Tou Thao, assisted and abetted by restraining, watching, guarding, and conducting crowd control.

Mr. Floyd cried out in pain and anguish for 8 minutes and 46 seconds, saying, “I can’t breathe” multiple times. He pleaded for air, the mere essence of life, until his last breath. His pleas went unheeded and blatantly ignored. He used his final reserved air capacity during his last moments of existence. He breathlessly managed to call on the one person he loved, trusted, and had depended on his whole life. The one person who he knew loved him and who had borne, groomed, guided, disciplined, and protected him since birth throughout his adolescence and adulthood. He cried out, “momma, they are killing me,” to his deceased mother. What this statement implies to me is that he knew he needed help and that he was dying and without understanding why. And that he believed that she would rescue him. I imagine he reached out to her, thinking that he was once again that small innocent and helpless child. A child who longed to hear, his owie would be ok after a kiss, a hug, and encouraging words. Things that a mother says to heal their child’s injuries, then send them on their way.

With his last energy, he perhaps wondered what he did that was so wrong and deserving of this cruel police treatment that resulted in his ultimate punishment. I, too, am left in wonderment.

My historical Black reflection reveals the pain and the anguish spewing inside me. For this reason, I write to express my heartfelt mixed emotions of anger, sadness, happiness, passion, and compassion and why Black Lives Matter. I shall always seek justice, equality, and equity through these mighty lenses that guide my attitude and behavior. I am motivated by my unrequited love, understanding, honesty, respect, and dignity. These acquired and innate characteristics have influenced my thoughts, beliefs, and values. As such, I am rewarded with a clean and clear conscience enabling inner peace and tranquility. Operating within these principled moral views and deeds of humanity empowers me with the insight to accept and or reject one’s motivation and purpose. Whether imposed perceptions and actions leave the stain of disdain from psychological, emotional, and physiological impacts upon Black lives does indeed matter. These inherent traits both define and drive me and have served me well over time. From this humble perspective, I share with you my sincere concerns and personal analysis of how and why Black Lives Matter.

I have eye-witnessed over six decades of racial-ethnic injustices and discrimination at all levels of government and within all public and private sectors of our socio-economic, political, environmental, cultural, and institutional systems. I am left wondering whether Black Lives matter in America and have they ever mattered. Why is it that unprovoked and unexplained incidents involving Black innocent lives result in prevalent multiple deaths by the hands of non-black police officers if Black Lives Matter? And by the hands of community neighborhood watchdogs, throughout the country, if Black Lives Matter? Why is it that the criminal justice systems continue to find reasonable doubt to either exonerate or render non-guilty verdicts for the non-black perpetrators charged with murder if Black Lives Matter? Lastly, if Black Lives Matter, then why the overrepresentation in the jails, prisons, and Child Protection Services agencies, and COVID-19 death rate outcomes. Also, in unemployment rates, police brutality induced deaths and homeownership when compared to our white counterparts? I am confident it is because the systems are not designed to protect, serve, and or benefit the Black population. This measure would suggest we are equal to the White ethnicity.

I am writing today because Mr. Floyd’s black life mattered as does mine, yours, and the millions of others whose innocent lives were shortened unjustly. Innocent Black lives disposed of by racially driven, evil, unnecessary and excessive police force resembling white mob unruly behaviors. These are the same white mob-like groups exhibiting and possessing behavioral and attitudinal thinking who historically stormed into Black homes without just and probable causes. I am reminded today of the many precious young black lives sacrificed needlessly. The price Mr. Floyd paid for his life was for no other apparent reason than because of the color of his skin. He unknowingly and reluctantly sacrificed his life so that I and others might live to fight for the civil rights of Black African Americans. Our ongoing fight, struggle, and strife are necessary because we are still living in the shadows of a complicit oppressive and suppressive White racially, culturally dominant society.

Today, I realize it is the same principles and practices that are influencing too many white people’s laissez-faire (inaction) mentality. It is this attitudinal thinking that contributes to their continuing to enjoy unequal privileges and opportunities. This kind of thinking is motivated by financial gains, including greed, profit, power, property, positions, titles, and entitlement. Whites have thrived and survived without offering Blacks an apology, acknowledgment, recognition, reparation, for suffering significant incidents of loss of life, for centuries upon centuries, until now. Today, White murderers continually dare to murder unarmed Blacks—whether in the streets, homes, or businesses—in the first degree and are still being set free. This behavior is what makes racism as much a public health crisis and threat to humanity as COVID-19. Despite this emotional hell, I am nevertheless thankful that I can inhale and exhale. And because of this precious capacity to breathe, I dedicate every breath I take to those who have succumbed to such senseless, egregious, and purposeful manner of death.

As I think about why Black lives matter, I am reminded of a country built by the hands, minds, the toil, blood, and sweat dripping off the backs of my Black African and Native American ancestors. This history must not ever be forsaken or forgotten, lest it risks repeating itself. I cannot forget the unified White rulers of society who dominated, sustained, controlled, and maintained the established systems and cultural, social norms that governed We the People. The elements used to enforce or impose legal and social order consisted of exclusionary practices, policies, and segregated divisive laws, regulations, rules, and guidelines. I cannot forget how these purposefully designed systems served to preserve and protect the freedom, liberty, and justice of White’s rights. As I reflect upon these principles, I am mindful of the racist incentivized superiority attitudes, lies, corruption, guns, mobs, violence, and hood wearing home grown terrorist Klu Klux Klan (KKKs) activities.

I have experienced first hand their hate, intimidation, disorderly, and invasive behavioral attacks on Blacks. I watched five of them beat my 21-year old brother with sticks and bats because he would not respond, “Yes Sir” to his white cohort’s question.

I remember reading about the angry white mob members with guns and baseball bats, who unlawfully entered the home of 14-year-old Emmett Till, in 1955, and forcefully removed him. His unrecognizable body was later discovered floating along the river’s edge. Today, I write in memory of those Black lives gone too soon. The murdered victims were; 12-year-old Tamir Rice; Michael Brown, 18; Eric Garner, 43; Sandra Bland, 28; Breonna Taylor, 26; Tony McDade, 38; Trayvon Martin, 17; Philandro Castile, 32; Justin Howell, 20; Sean Monterrosa, 22; Jamel Floyd, 35; Freddie Gray, 25; Ahmaud Arbery, 25 and David McAtee, 53, just to name a few. I ask how many claimed coincidental circumstances must Black people accept or endure, and how long must we be quiet and allow this to happen to the Black generation? I recall Dr. Martin Luther King’s speech after his march in Selma on March 25, 1965, entitled, “How Long? Not Long.”

For four hundred plus years, Blacks have tolerated these unjustifiable, unjust, and unfair practices directed toward our communities and us. As a nation of people, we have acclimated and assimilated to your segregated society, obeyed your laws, followed your rules, accepted your culture and religious doctrine, and learned your English language. Furthermore, we have worked for lower wages, lived in inadequate housing, and attended your substandard schools, built your luxury homes, communities, raised your children, cleaned your houses, cultivated and harvested your crops and cotton fields, planted and produced your foods. We have even voted for your White candidates of choice—whether Republican or Democratic. We have done so since we have been allowed to exercise our citizenship and voting rights. These things are none of which have granted us equal and equitable access or benefit.

We have peacefully protested, have assembled the Million Man March, and the Civil Rights movement. We have made historical speeches, and yes, we have even rioted. Why? The slow response to our justified call to action through our cries and pleas for economic equality, equity, policy changes, criminal justice, and other social opportunities and racial-ethnic problems remains unmet and unresolved. Now, the people around the world have joined us in solidarity. This support yields restored hope in our efforts and expectations that the powers that be will begin to dismantle the rigged systems. The White constituted systems held us down by marginalizing and disenfranchising, using Jim Crow laws, and other discriminating factors against us for over four centuries.

Now, globally, we are telling you to take your knee off our Black necks, and your knife out of our backs. Such that we can achieve the full potential and purpose for which we were created. We can’t breathe!

In conclusion, I write about my emotional status today, the importance of why Black Lives Matter, and on behalf of Mr. Floyd’s death and his family. I also extend my regard to all other innocent Black African Americans and their bereaved families that lost their loved ones simply because of their skin pigmentation. This loss includes all those lives wrongly accused, abused, and misused, incarcerated, and assassinated upon generation after generation for hundreds of years. I also encourage you, my readers, my professional colleagues, my constituents, and my political partners to become informed and engaged in helping us achieve racial justice throughout the city, state, county, and country.

For those of you who yearn for more Black perspectives, I direct you to the following website:

The Oregon Assembly for Black Affairs,

“What Benefits Black Oregonians Benefits ALL Oregonians,” and this premise does not work in reverse.” ~~Dr. Calvin Henry.