Red has a tough campaign ahead of her. When you put yourself up to run against an incumbent…  it is not an easy win. Sheriffs have a huge amount of power here in the United States. The Appeal, an original online journal about criminal justice that engages the public and holds officials to account, speaks to these details in some depth. Read more in their article: The Powers of Sherriffs: Explained.

Because the sheriff holds a lot of power in what happens in their given county, that means who is the sheriff is important.

This race really came into the purview of the local Democratic Party on February 25th when the current Sheriff Pat Garrett complied with ICE; going against our Oregon state Sanctuary state laws.

As Progressive Democrats, we care about our status as a Sanctuary State. We feel is important to protect the undocumented, make sure that they have a pathway to citizenship, and are protected during these dark times with Donald Trump as our president. Subjecting the Sherriff to subpoenas is NOT proper due process. Knowing the power of the Sherriff, Garrett did not “have to” comply. To find out that the current Sheriff is actively working with ICE goes against the very core of our values.

Red is a Progressive candidate, and we are very excited to endorse her. The Washington County Sheriff Department is an important part of our community, and Red Wortham wants to elevate the agency to the next level reflecting of Progressive values. She is a leading voice for change on matters of jail safety, criminal justice reform, and will focus on community presence. She is committed to restructuring staff, reducing overtime spending while keeping uniformed deputies on patrols in our community. Today, we have only 4 mental health deputies, and 4 hours monthly scheduled for homelessness outreach. She is eager to increase these services.

Red Wortham is a Sheriff of the people. 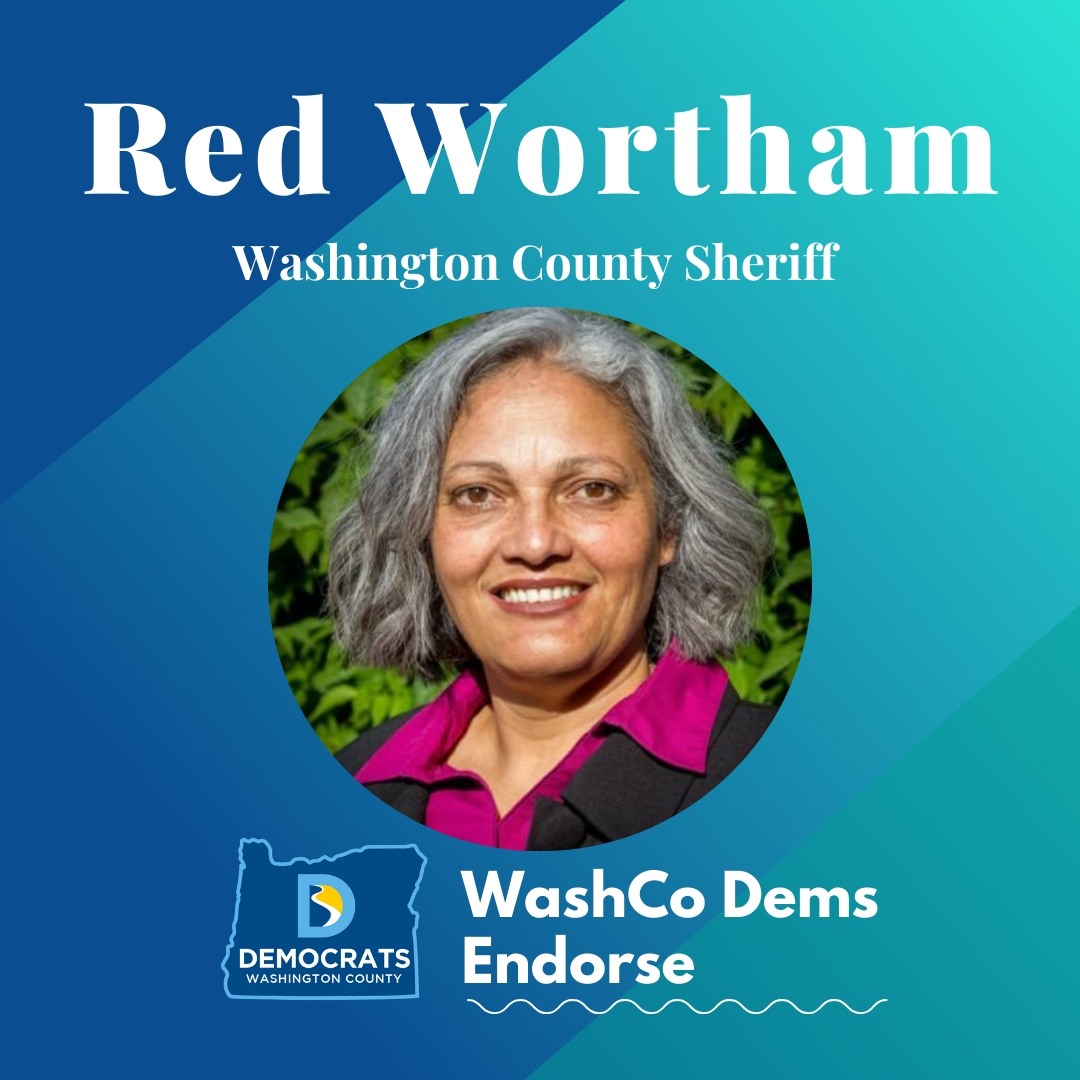 Red Says: “I am a lifetime Oregonian who has personally experienced the instabilities and inequities that crop up on most people’s lives. I know first-hand how our systems did not help, instead, making things more difficult to resolve. I was inspired to run to move us forward and be the Sheriff the county deserves. I have a vision for a Sheriff’s Office that has shared goals with the community it serves.

In my 18 years working in public safety in Washington County, I have overseen several programs designed to include alternative incarceration sentences, court security, and extraditions and transports. I have also served as the primary negotiator on our inter-agency hostage negotiations team. My degree in Social Work and Psychology has given me particular skills and knowledge in working with those who struggle with mental illness and vulnerable populations who are increasingly present in the criminal justice system.

In addition, I am a working-class candidate with lived experience as a woman of color, single mother, and foster child; giving me a unique ability to understand obstacles experienced by many people in our communities. Having been a visitor for an incarcerated family member, I understand the importance of dignity and humanity for our community members who are supporting someone in the criminal justice system.”

Please click here if you can give your time or funds to Red’s campaign.

If any of our endorsed candidates excite you, please volunteer!

Fellow Democrats, help these candidates get elected so we can continue to keep Washington County bright blue!