Skip to content
Veterans of the WashCo Dems Deploy in Hillsboro

Veterans of the WashCo Dems Deploy in Hillsboro 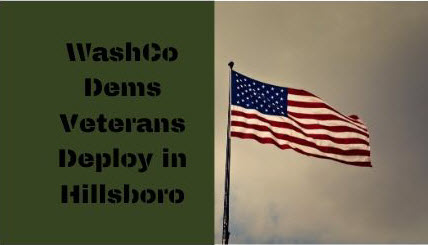 On February 20th, 2020, the Washington County Democrats Veteran’s Group had its second meeting. And in that short span our membership has increased 167%, so it looks like we’re on to something here. This time we enjoyed strong representation from the Army, Navy and the Air Force. It was a spirited group of motivated individuals and a lot of fun was had. So, far no Marines, Coast Guard…or (sigh) Space Force personnel in attendance, but we are far from done! The group will always be open to all veterans, spouses of, families of, or even advocates of veterans in the Washington County community.

The goals of this group are many but all rather straight forward. We intend to do our best to ensure that our Democratic leaders are doing everything they can for our vets, especially the wounded, and homeless among us, regardless of when they served. We hope to do this by advocating for the expansion of more VA services in Washington County (as most VA resources currently seem to stop at the Multnomah County line).

Also, we are concerned by the growing politicization of the military in the Trump era and hope to raise the awareness that soldiers should never be used as props to back up some politician’s divisive agenda. And on that point, we wish to remind the community at large that Republican support for veterans is hardly exclusive to the conservative bread. Veterans, after all, are a diverse group of individuals, bound by a legacy of service, who nonetheless speak with many voices.

And those voices need to be heard!

If you are or know of such a brother or sister in arms, please, let tell them that there is a group of Democrats happy to welcome them.

Our next meeting will be at the Washington County Democratic Office in Hillsboro on March 19, 2020 at 6:30pm (that’s 18:30 for those who never quit using military time). This will also be our final recruiting focused meeting because, come April, it’s going to be all about action. Hooah! 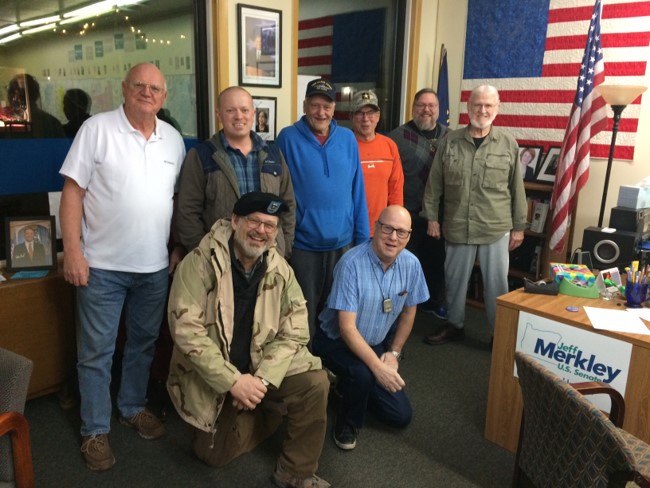