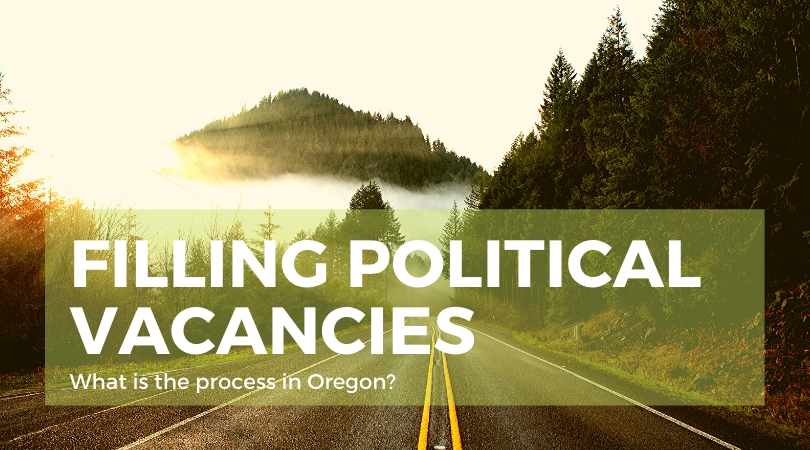 It’s not unusual to have some turnover in locally elected seats. Among many other reasons, politicians retire, or have health issues, or find themselves running for a higher office and need to vacate their current elected position. This happens on a regular basis.

The two major parties in Oregon have somewhat different approaches when it comes to filling a vacant seat.

Republicans recently needed to fill a seat that had been held by Sen. Cliff Bentz who resigned the seat in order to run for the U. S. Congress. Based on a set of nominations from precinct committee people in Bentz’s district (which covers five eastern Oregon counties), county commissioners from those five counties have chosen Rep. Lynn Findley as the replacement for Bentz.

Democrats use a more convoluted approach but it has the advantage of greater involvement by the public. Jennifer Williamson, the Oregon House Majority leader in Salem, resigned her seat representing House District 36 to run for Secretary of State. Although there are three Democrats who have filed as candidates for the seat in the next election, the vacant seat still needs to be filled for the interim. Precinct committee members for the district can nominate any residents of the district. Those who have already filed will appear before the Multnomah County Democrats, who then decide on three to five persons as nominees. These nominations are forwarded to county’s commission and commissioners. The public is invited to make comments at the commissioner’s meeting when its decision will be made.

The key difference between the two approaches is that the public is more directly involved in an open process for the Democrats when filling a vacancy whereas the Republicans reach their decision by using political figures already familiar with the pool of possible nominees.