Skip to content
Our Values: Building a Sustainable Future

Our Values: Building a Sustainable Future 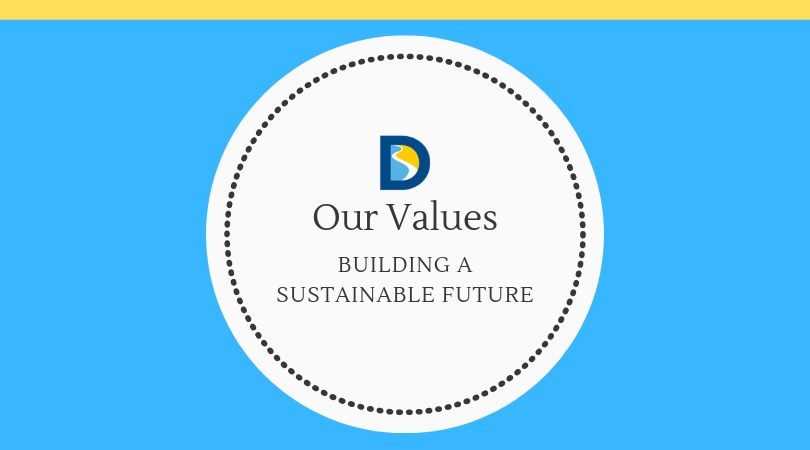 But then why is it that Democrats are serious about stopping it while the Republicans seem to cheer on the doom? It’s the values.

Conservatism is based on “us vs them”, and it’s likely a genetic predisposition that is based on our ancestors having to compete or conflict with other groups to survive. At the same time, others in the tribe would know to nurture and trust their fellow tribe members for the good of the group.  That is at the heart of progressivism – also likely a genetic predisposition. Of course, warriors that preferred to negotiate with a spear flying at them wouldn’t survive long and an abusive tribe member would likely be shunned (or occasionally promoted to President) or a duplicitous tribe would get ganged up on by the other tribes. A balance between the two: “quid pro quo”, where trust is given until proven unfounded, has been proven to be a long-term winner.  Trust too much, your tribe dies when another tribe tricks you.  Trust too little, and you don’t get the help you need when cooperation with other tribes would be beneficial.

But that’s what makes global warming so difficult for conservatives: it’s an almost invisible enemy, that will slowly prove harmful, and first only to poorer nations. It doesn’t activate our conservative friends to action because it is not attacking us here and now in our face.  At the same time to progressives it’s obvious: lots of people are going to die, mostly people that don’t deserve it, if we don’t act.

What other values do conservatives have that make fighting global warming so a low priority?

Respect for authority. If the richest few and the conservative politicians they support say they have things under control or there is no environment problem, why put up a fight? They are leaders for a reason. Only the strongest and smartest are leaders, who are we small people to question them?  The problem is that those in power are *not* the best people, and did *not* earn everything. Our elections are *not* a free choice of our people, with campaign finance and mass advertising controlling outcomes so heavily.  These legislators are *not* acting in most peoples’ interest, but for a few – mostly the wealthy.

Liberty. Not all but many conservatives believe in a tiny government. In fact, even our first government in the 1780’s was quite small – and for good reason – the British were taking advantage of us so we wanted a government that was slow to act (except in the common defense) and easy to ignore. To the anti-federalists and libertarian conservatives today, *any* regulation or tax is a bad thing, it’s reducing our individual freedom. Fighting global warming with national and, egads, international regulation is the end of the world. Of course, ask a pure capitalist if a company invented a cure for a pandemic disease, would the company be obliged to provide it cheaply or even at all, and the answer would be a firm no, and the 99.9% of everyone else could die and it wouldn’t be a problem. Is that the kind of world we want to live in?

Proportionality. Why should *everyone* be protected no matter who bears the cost, can’t we just protect the good old USA from global warming, build a wall to keep climate refugees out, hoard the water for ourselves and crank up the A/C? Let’s be “sensible”. This is related to the “us vs them” mentality, but more that some people just don’t deserve to be helped. It’s “unnatural” to help everyone, and costly. This is a real thing: the prisoners’ dilemma. In the short term, it’s to every nation’s advantage to convince other nations to pay the price of slowing global warming through regulation or government-led innovation. Why? Because by not paying the price, nations can gain in the short-term (other nations pay, they don’t). And so, we have the USA and China and Brazil and several other industrialized nations who are paying lip service to creating sustainable solutions and allowing the world to destabilize, as long as the profits stay high.

The prisoner’s dilemma can only be solved when the prisoners work together for mutual benefit. An international collaboration to police any nation that “cheats” is required; else cheating nations will have every incentive to pollute to get ahead. By working together (with enforcement) nobody gains an advantage in the short-term, but in the long-term everyone gains more.

But there is some common ground here between progressives and conservatives.

Conservatives value cleanliness and sanctity. We all want to be clean. Clean is good. Dirty is bad. This can be used for violence: the “others” are always portrayed as “filthy” in an attempt to dehumanize them for the in-group – Jews, Blacks, Irish, Mexicans. But it can be used for good. Our water should be clean. Our air should be pure. Our farms should be fertile.

Perhaps we could frame global warming as an enemy, and that we the people of the earth are the in-group. We should be warriors in defending ourselves (like the Seven Kingdoms against White Walkers in the Game of Thrones television series), a very conservative view. Our military that keeps us safe in an unstable world are protected more when global warming is not causing wars for resources.

Perhaps we could talk about proportionality in terms of the greatest polluters paying the biggest price. As part of this we need to make it clear that corporations are already getting showered with billions (trillions over 10 years) of welfare. How can the recipients of so much charity, the owners of so much power and wealth, be given such a low bar when it comes to pollution?

Perhaps we could talk about global warming as threatening our law and order – not the refugees fleeing its consequences. To keep law and order we need to prosecute the criminal negligence of polluters and work together at an international level to keep the world stable.

Our values as Americans may be wide and varied, but there are no two sides to this story of sustainability, no way to shoot our way out of this. We Democrats choose to lead in this regard.

This is the eighth of ten articles the Comms team is writing on our 2018 What we Stand For (which maps 1-to-1 with the Articles of our 2018 Platform).  Facts and policies exist within the frame of morality, which is how the brain works.  Our challenge as Democrats is to state our progressive values better to our coworkers, neighbors, and family.  Our values are as American as apple pie, and the American flag means more than just supporting the troops or the status quo.  Our policies must be grounded in values and feeling and not just theory in order to connect to voters that may not yet be swayed to vote Democrat.  We must also understand the traditional conservative values of non-Dems (and Dems) better in order to improve our empathy and ability to connect (which is core to progressiveness).  This series of articles by our writers explores our values by offering some depth and context.