Skip to content
Democrats Get Things Done in Salem

Democrats Get Things Done In Salem 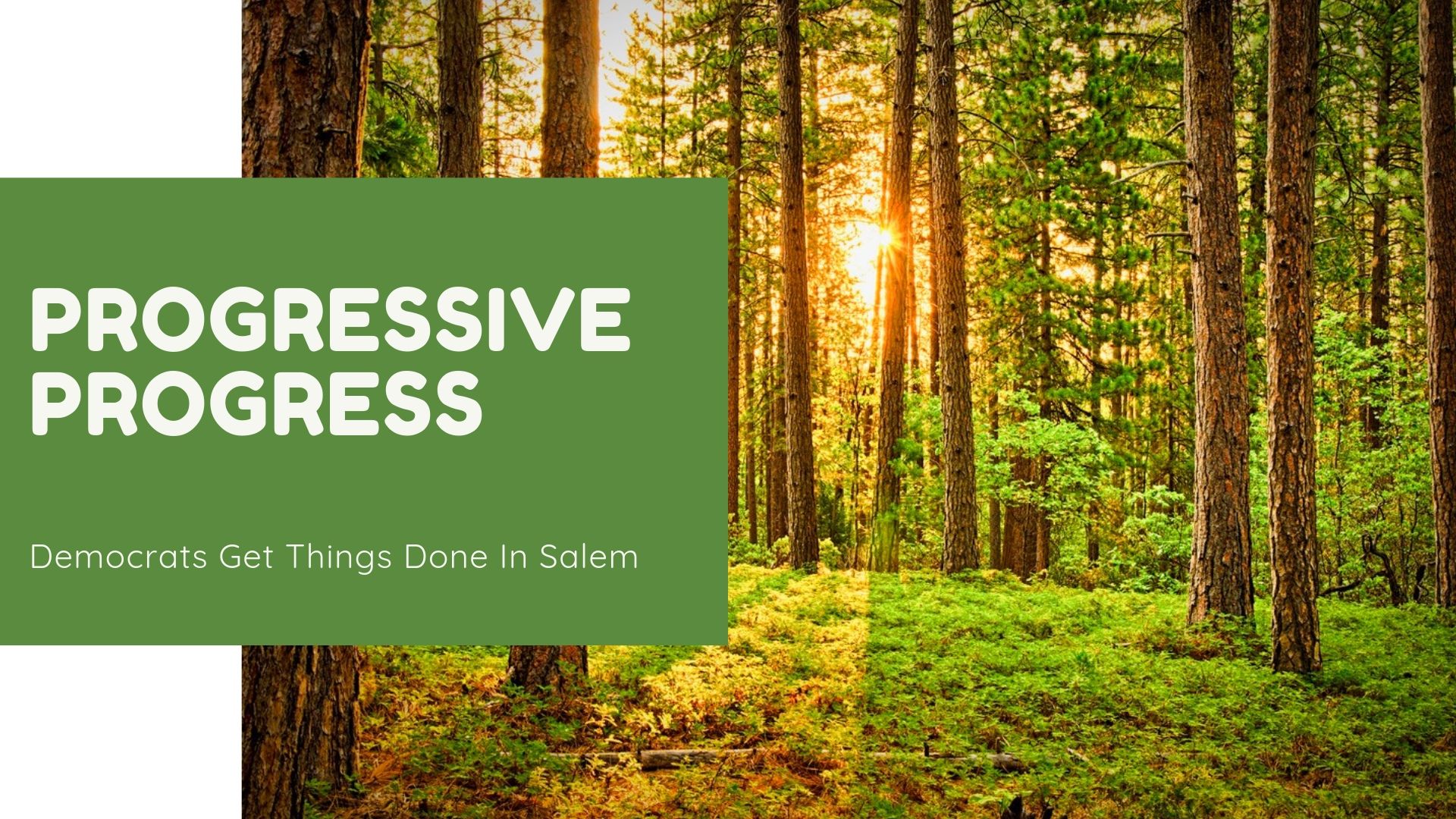 The 2019 Legislative Session will long be remembered for the Republican walk out that stymied HB2020 that would have created a statewide cap and trade program similar to California’s successful law. But despite that drama, Democrats still managed to do a lot of good things for their constituents that will make Oregon a better place to live for years to come. They fought and won battles over renter’s rights, homelessness, public schools, the environment, political donations, and family leave.

As the session got underway, Democrats came out swinging by passing legislation to cap rent hikes and make it harder for landlords to issue no-cause evictions with SB608. They also set aside 150 million to create more affordable housing. These measures should go a long way to reducing homelessness and would not have been passed without a progressive majority.

As for our schools, Democrats pushed through a nine billion dollar budget for public education (representing a significant increase over the last budget cycle). Also, with SB870, Democrats worked to reform our national election system by joining a multi-state pact that awards our Electoral College votes to the winner of the national popular vote. The agreement takes effect when the states with enough Electoral College votes sign on to it. To improve statewide elections, they went on to push through SJR18, so that the voters can decide if they wish to make limits on campaign contributions a part of our state constitution.

And despite the setback on HB2020, Democrats still managed to score many successful environmental goals in Salem. HB2007 set standards for cleaner diesel trucks and requires public construction projects to use cleaner equipment. They also passed new oil-train safeguards to prevent accidents like the one that happened in 2016, when a train car caught fire in Mosier, Oregon. Also, the progressive SB580 bill passed, banning the use of cyanide traps, while HB2623 now bans fracking in Oregon. Even plastic bag use will be restricted as of January 01, 2020, to reduce litter. But the cherry on top of all this may be SB256 which permanently bans offshore drilling to protect Oregon from disasters like Deepwater Horizon.

Finally, on the last day of the session, Democrats passed a paid family leave bill (HB2005) making it easier for Oregonians to take time off to care for new babies or infirm relatives.

Not a bad list of accomplishments all told! And as much as we’d like to thank the Democratic lawmakers who passed all this progressive legislation, we should first thank the voters who sent them to Salem in the first place.