Skip to content
The Southern Border: Being Careful with Language

The Southern Border: Being Careful With Language 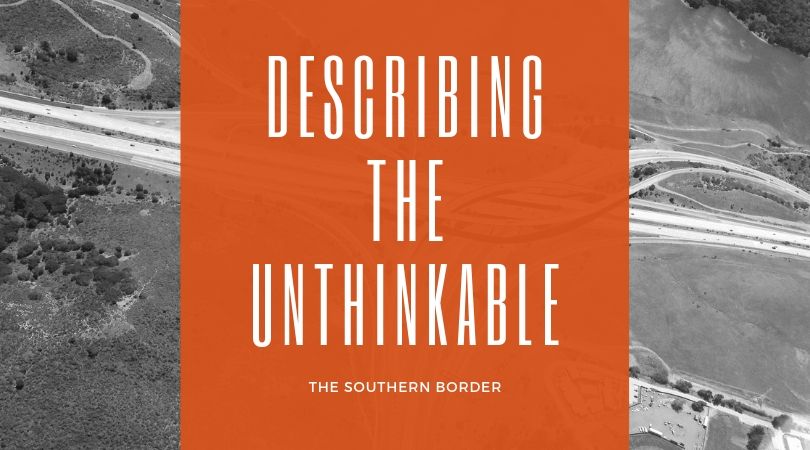 The alarming situation being reported from the southern border—innocent children being detained and confined to unbelievably cruel crowding, unhealthy conditions, with basic human needs unmet, essentially traumatized from sunrise to sunrise—leads many Americans to try to use the language available to them to describe what they are seeing.

This is a natural reaction, especially when viewing a phenomenon that violates so many of the norms that help keep us sane and caring. The problem arises, however, when people here try to extend their reactions away from nomenclature to historical antecedents. The Nazis often come to mind.

I would argue that we always need to be careful when invoking anything from Nazi Germany as a counterpart to something happening today.

While there are superficial similarities, the realities are quite different. We do not yet live in a police state. There is no counterpart to the Nazi SS. We can still debate and protest freely. Jumping to the Nazis has a tendency to foreclose further thought and analysis. For example, the eminent Holocaust historian, Christopher Browning, when considering the possible contemporary parallels to the Nazis, wisely only went so far. Quoting him, he thought that Mitch McConnell is a “gravedigger of American democracy.” That is, rather than identify a current figure with Hitler himself, he stops at those who enabled Hitler (Paul von Hindenburg, the President of Weimar Germany).

Regarding the various kinds of camps that existed before and during World War II in Europe, one should think in terms of the interlocking circles of a Venn diagram. Some of them shared certain features, but not all. Some did only one thing and not other things.

The Germans themselves distinguished between concentration camp, work camp, transit camp, and death camp, among others.

These were not hard and fast descriptors, because as the war progressed, the conditions in the camps changed, and sometimes changed radically and quickly when the Germans panicked and abandoned camps for death marches as Allied forces neared this or that camp.

Anyone can go online and find the statistics for the main camps. You will see a large difference in the number of victims for a concentration camp versus a death camp. Compare Dachau to Treblinka.

Nearly a million people died at Treblinka. Only 65 survived. If you arrived at Treblinka in a trainload of victims, you would be killed within hours. It was a death camp.

Auschwitz was a hybrid camp—a death camp surrounded by work camps. A small number of arrivals were “selected” for work. In most cases, this prolonged their lives by a few weeks or months.

In the six main death camps, children were killed almost as fast as they arrived. There is one exception…the children chosen by Dr. Mengele at Auschwitz for his heinous experiments.

The U. S. centers where refugee children are being detained are horrible beyond an American’s capacity to describe and understand. We naturally use the language and concepts available to us. It behooves us, however, to be clear and precise so we can talk about where we are on the slippery slope of accepting these internment camps and then accepting wider internment camps for other scapegoats and political opponents like in the Nazi realm.

We need to avoid seeing the southern border as a “normal” situation.

It is NOT normal. Enough is enough. The border situation must not go further. Remedies need to be applied. Advocates for the children are stepping up. More are needed. We must keep up the pressure so as to be sure that the situation does not deteriorate any further. We must not be bystanders and describing where we stand now prevents us from sliding further.