Skip to content
May 2019: An In-depth Look at Tya Ping 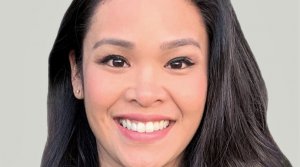 Tya Ping is running for Position 5 on the THPRD Board of Directors.

“I never thought I would get into politics.”

Tya Ping is thoughtful as she remembers what first started her on the road to running in an election. She was happy with her life and with her aspirations to be an active PTO Mom, as she describes it. And then 2016 and the Trump victory happened. Like many other women, she knew she had to do something.

This year, four positions opened up on the Tualatin Hills Park & Recreation District Board of Directors, and this was a rare opportunity. Tya is running for Position 5.

It’s difficult not to feel energized when you’re chatting with Tya on the floor of the children’s section at the Hillsboro Library, surrounded by the joyful energy of kids running and playing. Tya is a mother of three, and she occasionally pauses the interview to remind the kids to use their “inside voices.”

Choosing to run for the THPRD was natural for Tya, because she grew up using the services of the District and her family still uses them every day. “I know the importance of it, the effect it had on me.”

But she also sees the limitations of THPRD programs. “We can afford it. It’s great for us, but it’s not great for everyone.”

So how would she improve THPRD? Tya is positively bubbling with ideas.

“Low income, communities of color are getting left out. We need to actively engage and find those communities.” It’s not enough to let those communities come to THPRD–we must “go out and reach out to them.” As a person of color and child of refugees and immigrants who grew up in Washington County, Tya understands the importance of equitable access. She believes one way to increase access for all is overcoming language barriers, and making sure to provide services (and registration for services) in other languages.

She also notes that while THPRD hands out $500,000 in scholarships in a budget year, only about half of that money gets used. She ascribes that gap to people not knowing how to use the system. And she believes the District could get creative about affordability–for instance, by offering last-minute discounts for classes which have not filled up.

This is a concern which keeps coming up again and again in our conversation: it’s all about reaching out to people and inviting them to be a part of THPRD programs.

Because she’s often trying to sign her kids up for multiple classes, Tya is very familiar with the grueling battle that is Saturday morning online registration for THPRD activities. (Full disclosure: the author of this article is also painfully familiar with this process.) This can become yet another barrier to community members, as those who are well-informed and Internet savvy have an advantage in signing up. Tya is considering the idea of having a lottery system for classes. She also thinks THPRD meetings should be broadcasted or livestreamed, so that working people and parents who can’t make it to the meetings in person can watch them and ask questions online.

But what if during her tenure at THPRD, she could only accomplish one thing? What would she want that one thing to be? “I want to increase collaboration at THPRD, with local jurisdictions and other organizations.” She thinks that collaboration hasn’t been there. “Most of us are affecting the same community. We should be working together.” Her dream is partnering up with the Beaverton School District to create after school programs, or with the Pacific University College of Health to offer health advice events. Tya is a pharmacist and would bring a health care focus to her position.

Tya’s candidacy has been endorsed by the Washington County Democrats. So how does she think her values align with the Democratic Party?

She thinks the Democratic Party’s essence is “no one gets left behind”–and that’s what the THPRD is all about too. “It should be for children, teens, seniors, everyone.”

“I’m excited. There’s so many things I wanna do and get started here,” she says. The campaigning has been fun. “Knocking on doors has been amazing.” She even appreciates hearing complaints at town hall meetings. “That’s what I love, because that’s how I know that we’re working towards something. We’re only as good as the bottom person who’s complaining the most.”