SpringFest 2019, my first, on Saturday, April 5th was just what we needed going into the May 2019 non-partisan races.  Food, people, candidates, and fundraising, but not too formal after the general election Blue Wave.

Dalton’s Northwest Catering and their crew did a great job – the buffet was awesome:  chicken, lasagna, veg lasagna, salad, fruit, salad, and bread.   The diet-busting lemon or chocolate desserts were amazing.

Silent auction – lots of goodies:  I couldn’t keep track of all of them, but I bid on some wine, a garden basket, plants, not to mention a couple of door prize drawings for everyone to get a shot at. 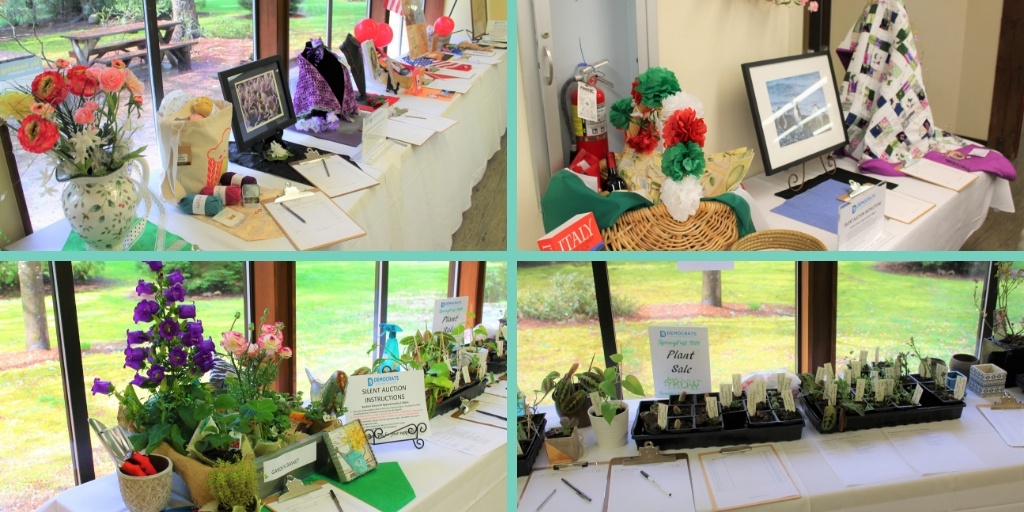 After about an hour of social time, the speaking lineup kicked off: 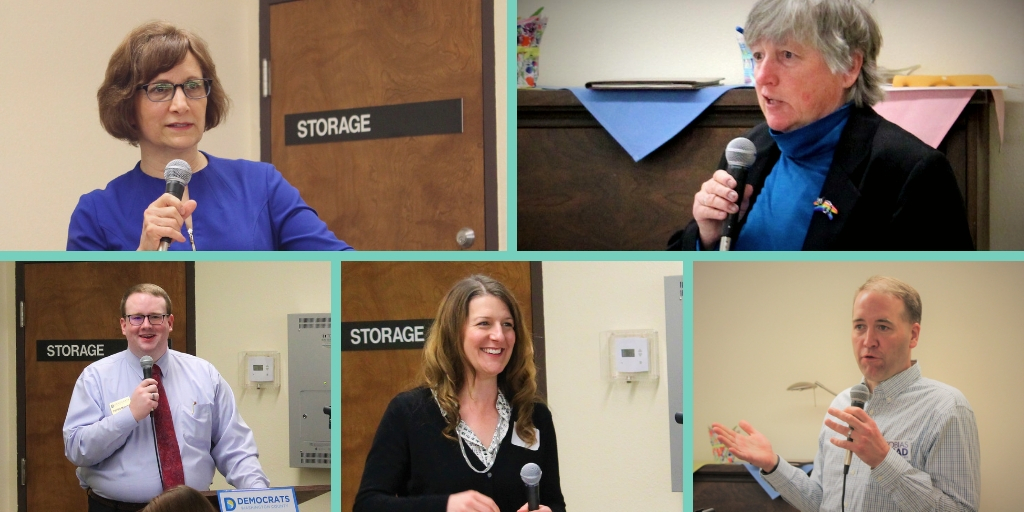 So many elected in attendance:

Who did I get to sit with?  My wife Molly and:

Leslie and Barb with the Training Committee.  Leslie has been a professional trainer (curriculum developer) for over 20 years.  Things are a bit complex if you are new to the party, a class is a perfect way to ask the obvious questions that everyone seems to already know the answer to at those CC meetings.

Also at the table,  former Washington County Democrats Treasurer Doug Plambeck who held that position from 1981-2008! He remembers how it used to be a simple job, just 40 people came to monthly meetings but after 8 years of President George W. Bush, meetings became 100+ strong. Now, he still serves when he can, such as in the most recent county party financial audit and being a neighborhood leader Potluck host.  Really, he’s never slowed down, just expanded his repertoire.

Other people at my table included Tualatin city counselor Bridget Brooks, East Washington County Democrats chair Carol Greenough, and Indivisible Hillsboro and (and!) Moms Demand Action leader Hilary Uhlig.  Quite a powerful table, thankfully I watered it down with my presence.

Oh, and we won that garden box in the silent auction, about 12 different items in a planter.  Growing a garden and growing a party both are year-round activities.

A special thank you to Congresswoman Bonamici for her attendance. We loved hearing about all the hard work she is doing in DC with our newly elected Democrat congress! We would also like to thank Tobias Read, and Representative Courtney Neron for the updates and heartfelt work that they are doing for their fellow Oregonians.

Thank you to the volunteers, many of whom also helped at the Neuberger last fall.  It’s not actually easy to organize, but you couldn’t tell, thanks to the master organizer of the event Finance Chair Amelia Manlove.