Skip to content
Celebrating the Life of Jack Timmons

Celebrating The Life Of Jack Timmons 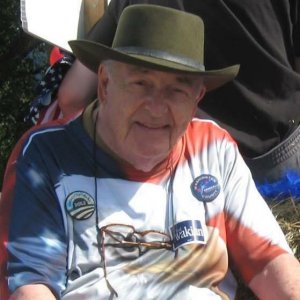 Jack Timmons passed away on December 22nd, 2018, at the age of 87.  He was a long-time active volunteer for the Washington County Democrats.

Jack was born in Nebraska during the Great Depression.  Despite growing up in poverty in a rural region, he earned a PhD in Political Science from the University of Nebraska.  Jack also served in the Air Force, which allowed him to explore the wide world outside of his hometown and his home country while stationed in Germany.  He worked in a variety of professions–driving cattle in the Midwest, teaching in the university classroom and writing speeches for a Republican governor.

For all his accomplishments, his fellow Washington County Democrats remember him most for his giving and generous spirit.  Jo Six recalls: “I met Jack when I first moved to Hillsboro and volunteered at the Washington County Democrats office which was then in Beaverton.  Jack and (his wife) Delores volunteered there, and made me feel welcomed, taught me about the party and the office duties.”

Jo took a break from volunteering for a few years, and when she returned:  “I walked into the office and there sat Jack.  I was stunned when he smiled and called me by name, as though we had seen each other the day before, welcoming me again.”

She describes Jack as a “sweet, charming, gentle man.”

Patrick Maguire, Chair of the Washington County Democrats, says:  “We were saddened by the passing last month of our friend Jack Timmons, but we are pleased to celebrate his life of service, including his invaluable contributions to our community of volunteers. We look forward to honoring his legacy in the coming months.”

Jack is survived by his wife, his daughter Cheryl, his son Rob, and two grandchildren.