Skip to content
Midterms 2018: An In-depth Look at Kate Brown

An interview with Kate Brown 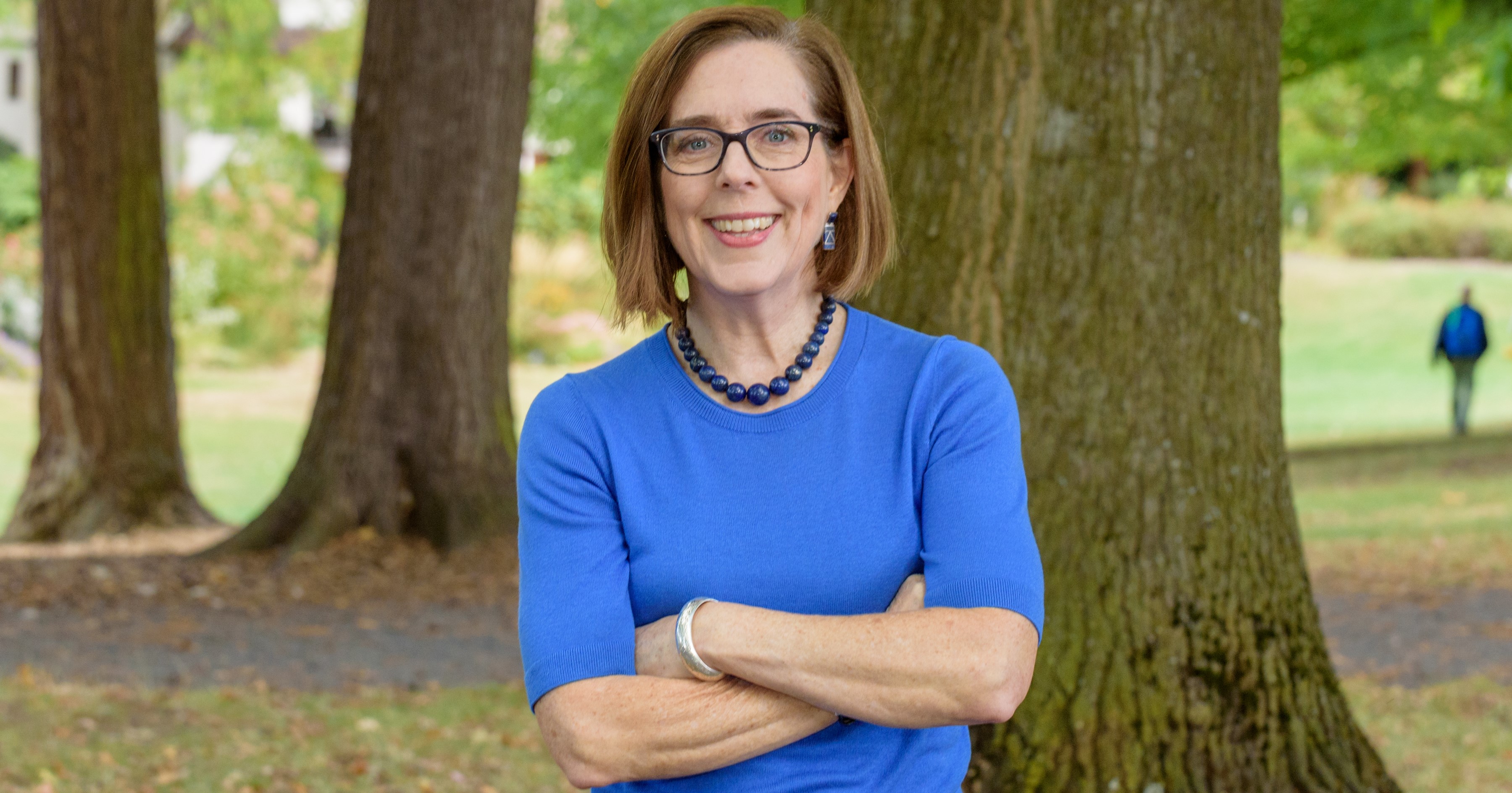 Governor Kate Brown took an unusual path to the governor’s mansion. While practicing as a family law attorney, she also worked as a lobbyist for the Women’s Rights Coalition, advocating for women and families in the Capitol on issues like child support, domestic violence, and women’s health issues.

Her advocacy work didn’t go unnoticed, and she was appointed to fill a vacancy in the state House of Representatives in 1991. She was elected to a second term and then ran for the state Senate in 1996. She was the first woman elected to the job of Senate Majority Leader in 2004. In 2008 she ran a successful campaign for secretary of state, where she served until she was tapped to fill the seat of Governor John Kitzhaber when he resigned amidst a public corruption scandal in February 2015.

Throughout her career in politics, Governor Brown’s motto has been GSD — Get Stuff Done.

She prides herself on her ability to seek out issues with bipartisan support and work across the aisle to garner support for her priorities.

Governor Brown, what is it that drives you to seek a second term in the Governor’s office?

I ran for public office to be a voice for the voiceless. And as Oregon’s governor, every day I am fighting to improve the lives of working families. My time as a lawyer representing families in the foster care system showed me that our most vulnerable can be better served. And I’ve been fighting my entire time as a legislator and as governor to improve those services.

As governor, I led bipartisan work on transportation, Medicaid funding and ensuring all kids have healthcare. We worked across the aisle to make community college more affordable, and put more dollars into our classrooms. We worked together, urban and rural, to build a better Oregon. When politicians tried to cut Oregonians’ healthcare, I fought back. I protected our coast from offshore drilling. I made sure every woman can access reproductive healthcare.

I have been clear during my time as governor that I will do what I say and say what I do. My record is clear. I will stand up and protect the Oregon that we love.

Homelessness and housing affordability are big problems not just in the Portland area but our region in general. What have you done to address this issue as governor?

Under my leadership, there are 7,800 new affordable homes under development across Oregon. We’ve served approximately 31,000 homeless individuals through a range of services including rapid rehousing, emergency and transitional shelter, and homelessness prevention. We are working with private developers to make sure that affordable housing is being built in rural Oregon and making sure that workers have access to housing that’s close to their jobs.

Those are impressive numbers. What’s your agenda going forward if you’re re-elected to the governorship?

Given my roots in family law and advocacy, I’m sure it’s no surprise that my priority is to end homelessness for families with children. I’m also particularly concerned about homelessness among veterans statewide. I will move a $370 million investment in the Legislature to build 4,000 additional homes and make housing available to get the chronically homeless off our streets.

The past few years have proven that we can’t take any election for granted. I don’t think it’s helpful to focus on how bad things seem in Washington. I like to take a more positive and proactive approach and focus instead on what we can do going forward. We have to get out there and knock on doors, talk to our neighbors and make phone calls.

We hear the Pacific Northwest is due for a major earthquake. What are your plans for Oregon for disaster preparedness and infrastructure improvements?

When the next Cascadia subduction zone earthquake strikes the Pacific Northwest, Oregon will face the greatest challenge of our lifetimes. Oregon’s buildings, transportation network, utilities, and population are underprepared for such an event, and I am committed to accelerating our preparations.

To get Oregon ready, I have six priorities that I will pursue in the next four years:  Investing in seismic upgrades of schools and emergency services buildings throughout Oregon, making sure that fuel supplies and alternate energy sources are available to responders and the public, setting up a statewide earthquake early warning system by 2023, ensuring 250,000 vulnerable homes have 2-week ready supplies in the next three years, strengthening local emergency management organizations, and updating the Oregon Resilience Plan, our state’s plan to deal with a large earthquake.

Compare what Governor Brown has said about her accomplishments and plans with Knute Buehler’s policy stances, and the choice is clear.  We have to work to re-elect Kate Brown to another term.