Skip to content
Midterms 2018: An In-depth Look at Rachel Prusak

An interview with Rachel Prusak 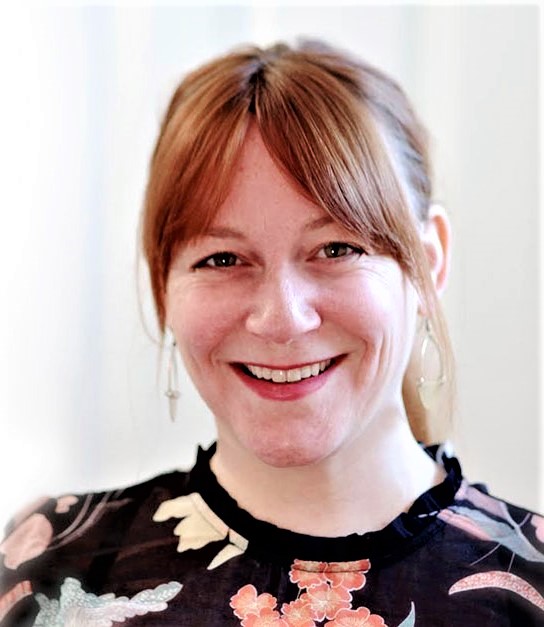 Rachel is running for State Representative, District 37. She received her bachelor’s in nursing from Northeastern University and her Masters in Nursing from the birthplace of midwifery in our country, Frontier Nursing Service. She is a family nurse practitioner who currently works serving homebound elderly patients in the community where she is running to be the state representative. Prior to this, she was an ambassador for the National Health Service Corp where she was dedicated to working in areas of the United States with limited access to care, as well as spent years working at planned parenthood. For the last three years, she worked as a family nurse practitioner serving homebound elderly in her community.

Specializing in primary, palliative, and hospice care. Her decades of nursing has been incredibly rewarding. “I’ve learned a lot about what’s important to people by listening to their dreams and fears, sharing their faith, and giving them hope, but I’ve also seen a darker side. Through my work in our communities, I witness my patients worry about seeking care because of high medical costs. I see them in their kitchens rationing their medication and I watch families rely on food banks to keep from going hungry.  I’m tired of elected officials denying there is a place for government to address these issues so I’m running for state representative.“

What will you do to address homelessness and/or housing affordability?

Rachel cared for patients who were homeless.  It’s so much easier to care for patients in housing, a roof over their head.  Her opponent (Julie Parrish) voted against closing the no-cause eviction loophole.  Tenants are afraid to report problems with their properties lest they be evicted.  Despite West Linn being thought of as affluent, there are some apartments down the street from her that received no-cause evictions, including students, a hospice volunteer of hers.  Rachel wrote an LTE on this. This is where she differs with her opponent.

Not to lose sight, not give up, not become apathetic, get involved locally.  People have been inspired to get involved locally. “Before Donald Trump’s victory in 2016 the Dems had lost sight of local things, city councils, etc.  Need to bring the voice locally and not bring apathy. She knocks on all doors (Democrats, Independents, Republicans all) and has conversations.” Conversations break down divisions – she knows this from working with her diverse patient population.  “We all want about the same thing, just want to go about it different ways. If you get involved locally you can see the hope and how other people are also getting involved. Just sharing on Facebook or Twitter and staying inside, you won’t see that.”  That’s what she did in 2016: when Trump won, she knew she had to contribute and do something about this. At first, she started donating and getting involved. Now she is running for office.

We hear the Pacific Northwest is due for a major earthquake. What are your plans for Washington County for disaster preparedness and infrastructure improvements?

“The county needs continued investment in infrastructure, and they need to make sure they are prepared for everyone. This includes getting revenue reform to pay for this, making sure corporations pay their fair share.”  Julie Parrish voted against 2017’s transportation bill because of tolling.  Prusak came to Oregon for its forward thinking in healthcare, but the state is really behind when it came to infrastructure.  Her husband survived the Northridge California earthquake, he survived Katrina in New Orleans, and she was in New York City during 9/11.  She likes what she saw in Tualatin where they were setting up a citizens network on how to respond in the event of a big earthquake.

What made you originally want to run? What inspired you to become an elected official?

On the front line of healthcare for the last 20 years, and tired of politicians playing politics with healthcare, but, in 2016 when Donald Trump won, she saw there needed to be more progressive women.  She was helped and pushed along, including by completing the Emerge Oregon Boot Camp, and Oregon Labor Candidate School.  When Julie Parrish attacked healthcare by opposing Measure 101 she knew she had to step up.  She believes healthcare is a human right.

Many Oregonians (constituents) are struggling to pay health care expenses, how would you help?

The first thing she plans to do is make healthcare more affordable.  Reduce copays and deductibles. With a lower barrier to health, people will get their care earlier which is far better than relying on Emergency Departments which are bearing the brunt of unaffordable healthcare.  Prescription costs are too high, and Oregon as a state has to negotiate drug prices like the VA does.  Representative Nosse (HD-42) sponsored a transparency bill to hold drug manufacturers accountable for expensive drugs and that will do a lot of good.  Access to mental healthcare and addiction care is critical too. As a family nurse practitioner, she should not be the resource to have to refer patients to mental healthcare, but she does it anyway when they have no other options.  They need psychologists, psychiatrists, psych nurse practitioners, or therapists. Like housing, access to mental health care cannot cure homelessness but it can help a lot. This ties back to the need for affordable education in order to produce more mental health professionals.

Every person in Oregon should have equal access to comprehensive, equitable, affordable, high-quality healthcare that includes access to reproductive healthcare, mental health care, and addiction care. We need to pass legislation that will allow drug price negotiation so medications are affordable. I’m thankful for representative Rob Nosse work on House Bill 4005. It forces more transparency on drug manufacturers, but it doesn’t specifically impose price controls- which I hope he and I can work on!

We did a little more research, and….

Why is this race considered a key priority race?

This is Prusak’s first race and her opponent Julie Parrish is a campaign consultant herself so has experience and expertise in advertising and running a campaign (ran SoS Richardson’s campaign).  Measure 101 was favored even in Julie Parrish’s own district (she opposed), and there are non-affluent (i.e. non-Republican) areas of West Linn.

Why is Rachel’s opponent a really bad choice?

Julie Parrish, her GOP opponent is high-energy, creating several bills (including putting healthcare on the line with Measure 101), claiming to be independent but the big tell is her silence and hypocrisy.  She is silent on the insanity and criminality in and around the White House and GOP, while blanching at the hint of a mistake by a Democratic candidate. She is silent on the attacks on sexual assault victims by the GOP.  She is silent on limiting pollution while fires burn. Her campaign was one of the only ones to hide donations from Orestar for the maximum (1 month) while almost all other candidates filed quickly.  In addition, Julie Parrish favors blocking citizens with opposing viewpoints from her Twitter feed (House GOP has a block list, including Knute Buehler) which indicates she is against the First Amendment when it is inconvenient.  In sum, Julie Parrish would be another step down the dark road that the national GOP and White House are following.