Skip to content
Midterms 2018: An In-depth Look at Beach Pace

An interview with Beach Pace 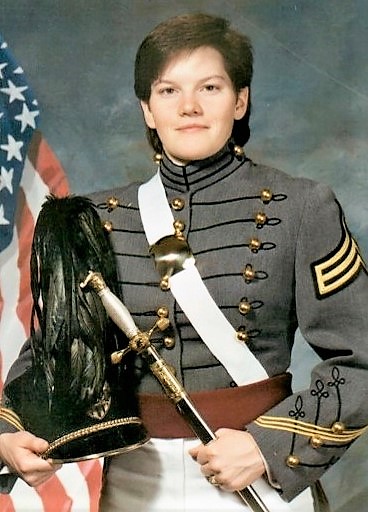 Beach Pace is a West Point graduate and a candidate for the Hillsboro City Council Ward One Seat A.  After serving in the US Army as a bomb squad commander, she earned her MPA from Northern Michigan University. After graduation from the US Military Academy and seven years of service in the Army, she left to try her hand in corporate America. While there she learned business acumen, sales, and marketing and enjoyed her work. However, after almost 10 years the pharmaceutical industry Pace wanted to go back to mission-based work.

Now she works in the social change (non-profit) field as the CEO of Big Brothers Big Sisters, Columbia Northwest based in Portland. As one would expect from a former US Army officer, Pace is always out front, doing her best for those she serves. As a retired soldier myself, I was honored to have the chance to talk with her over coffee.

So, Beach Pace, what exactly does the Hillsboro City Council do that you want so much to be a part of it? 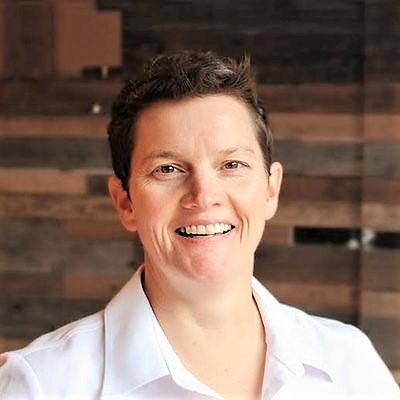 The City Council sets policy for the City of Hillsboro and after working in social change organizations for eleven years now, I know just how important policy decisions are to people the in the community. In the army, the best officers are the ones who listen to their soldiers. The city council works to take a 360 view of all policies and decisions affecting the public, listening to all concerned, and I’m comfortable doing just that.

I see your point. As a sergeant, I got the best results when I listened to the soldiers under me, and the best officers were always the ones who were willing to listen to sergeants. But this is a different kind of battlefield than you have been on before. What made you decide to run for a political office?

I have always felt a strong sense of duty to serve. It’s part of who I am. I want to continue my service to this great city at a higher level. My wife and friends support me in this and encouraged me to run. Still, I was hesitant at first. This candidacy puts not only myself but my whole family in a spotlight. So it wasn’t a decision to take lightly.

I sought guidance from many people including Jillian Schoene with the Emerge Oregon program. Emerge trains progressive women on how to run for office and win.  I applied and was accepted into the seven-month training program. It was a great experience.

Sounds like a great program. Now, Hillsboro is currently facing many challenges as a community. Growth has driven housing costs through the roof and has contributed to a severe homeless crisis. How would you propose addressing that problem?

I have seen homelessness in third world countries and here at home. It has always troubled me. I currently serve on the Hillsboro Planning Commission. I am gaining a better understanding of the situation here and think we need a push for an inclusionary zoning policy for any new development.  A certain percentage of new units must be set aside as affordable units. Also, I worked in the private sector for almost ten years and understand the need for a business to make a profit. That’s why I would like to encourage builders through tax breaks to create a percentage of low-income units as part of any new housing development. By working collaboratively, I think we can create a win-win solution to ease the homeless crisis.

Sounds like a solid 360 approach. Another concern in this community is infrastructure. As you are probably aware, the Northwest is expecting the “Cascadia Event,” a massive earthquake, sometime in the near future. How would you work to make Hillsboro disaster resistant?

I would love to get more exposure for the CERT teams. Specifically, offer more training to Hillsboro residents.  Neighborhood gatherings, videos etc. There are currently trainings two times a year. I will support promotion to encourage a packed house at each one of those events. Residents who are trained are more valuable neighbors in an emergency. And, full disclosure, I too need to be at one of those trainings.

Also, The Willamette water supply is being built to be resilient and would be likely the only source of clean water in the area. This is key to know and ration when the quake hits. For building, we should promote cross-laminated timber which is lower cost, renewable, an Oregon product and sways with the earthquake instead of crumbling. The First Tech building and the upcoming 53rd community Center use cross-laminated timber, and the building practice has been widely successful in Japan. Finally, supporting improvements to our airport runway which we will need to handle a drop in elevation of several inches because, during a Cascadia or Portland Hills fault event, only a couple Portland bridges will be standing such as the Sellwood and Tilikum crossing, so air support will be critical.

Wow, sounds like you really know your stuff. But you’re in a tough race. What keeps you going? And what would you like to say to your potential constituents about keeping focused and positive about the future?

What keeps me going is my family, friends, campaign manager, and campaign team. They are all a great source of strength. When you run for office, you really find out who your friends are; and by that, I mean – good friends have come out of the woodwork to help me. People who I only knew as acquaintances through my children’s school activities are now stepping forward to volunteer. It’s very encouraging.

I would also say that the alternative to action is apathy, and that doesn’t work. The more voices shared and the more action is taken, the stronger our democracy.