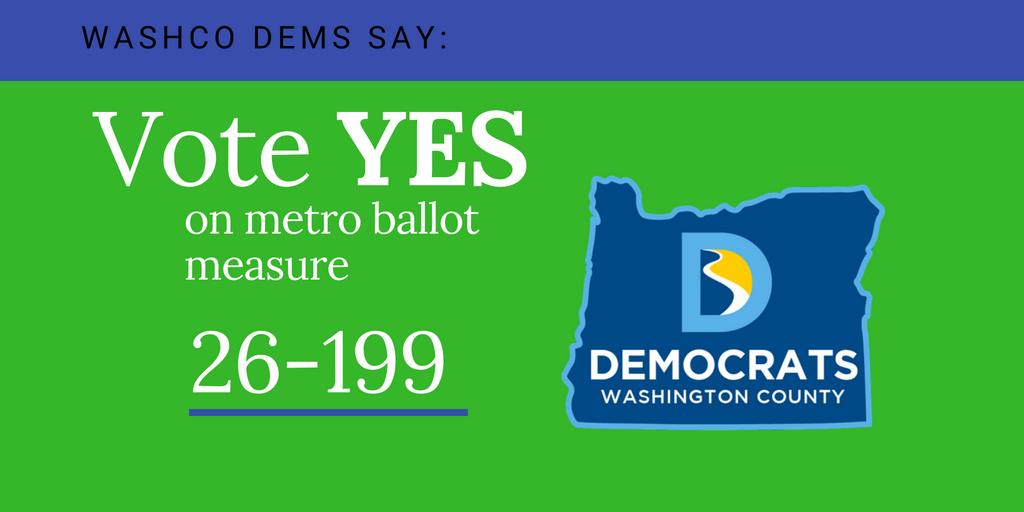 Metro (the regional government for the Portland metropolitan area) will issue $652.8 million in general obligation bonds to fund affordable housing for low-income families, seniors, veterans and people with disabilities in Washington, Multnomah and Clackamas counties. Households earning less than 80% of the median income, or about $65,000, would be eligible. The bonds would be repaid through property taxes.

Metro put this measure on the ballot. Now that it’s on the ballot, a group called Yes for Affordable Housing has formed to support both affordable housing measures, 26-199 and 102. A wide array of more than 100 organizations, businesses and elected officials have endorsed the two measures.

There’s very little organized opposition to Measure 26-199, but that could change as campaign season picks up. This site will be updated as further information becomes available.

One of the two groups supporting Measure 102, Affordable Housing for Oregon, is also spending in support of Measure 26-199. As of September 17, they’ve raised just over $108,000, with all but $300 of the total coming from in-state sources.