Skip to content
The Joy of Canvassing: An Introvert’s Guide

The Joy of Canvassing: An Introvert’s Guide 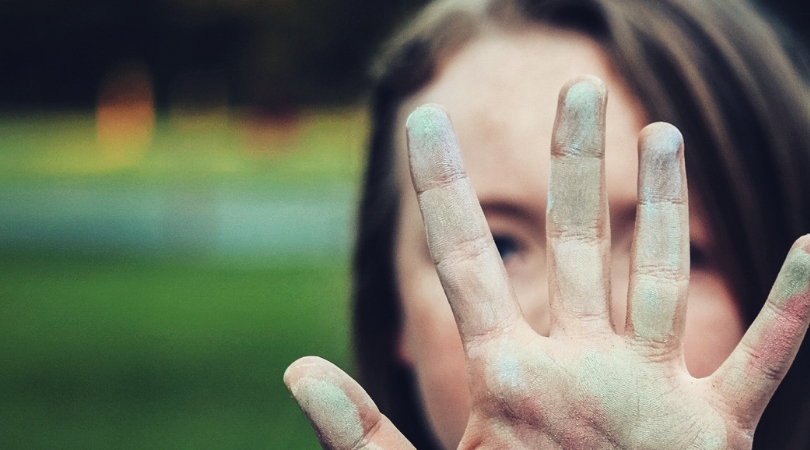 I know you’re out there, my fellow introverts. If you’re anything like me, your favorite way of spending a weekend afternoon is on the sofa with a steaming mug of hot tea and a good book–or some other equally relaxing and asocial activity. But then you look around and realize that the world is pretty messed up, and something more than reading might be required to help fix it. Political activism is needed. What to do?

When I first started volunteering for political organizations, the thought of talking to strangers on the phone or at the door made me break out in an unhappy cold sweat. I was hoping I could be helpful in other, less outgoing ways. Data entry? Filing? Sending out mailings?

But before long, it became obvious that in order to make the biggest difference for my candidate or my ballot measure, I was going to have to…sigh…talk to other humans.

And now, much to my own surprise, I have been phone banking and canvassing for a few years. So here are some tips and observations I have collected for other introverts who may be feeling nervous about jumping into the campaigning game:

You will have a script.

You always get one, both for phone banking and canvassing. This made the first few phone banking sessions of my life a lot easier. My nightmare scenario was that my mind would go blank and I would stutter away, not knowing what to say. But I didn’t have to do that–I just read from the script. As you gain more experience, you will be able to be more casual and ad lib a little with the flow of the conversation. The script will always be there to provide the basic structure for your message, though–it’s what the campaign wants to communicate to the voter.

Many people will not be home.

I know–that’s kind of a horrible selling point when you want to fight for a political cause. But I do think it’s good to have a realistic idea of what you will be dealing with. When your incredibly enthusiastic campaign organizer tells you that you will be making fifty phone calls or hitting fifty doors, that does not mean you’re facing fifty long and detailed conversations about your candidate’s positions (and if that does happen, you’re having one heck of a lucky day!). Most people will not answer the phone. A lot of people will not answer their doorbell. This will give you some breathing room between interactions. And even when nobody’s there, you can still spread the good news, either by leaving campaign literature at the door or leaving a cheery voicemail with useful information.

Waiting for the ride is the hardest part.

This is something I’ve learned from going to the amusement park with my roller coaster fanatic husband. The scariest part of the ride for me is always when I’m sitting there waiting for it to start, thinking about how bad it’s going to be. The ride itself is not nearly as scary as my anxiety before the ride. The same applies to phone banking and canvassing. I’m always the most nervous for my first couple of phone calls or doors. Once I’ve done the script and the interaction a few times, I get into the rhythm and flow of it, and it becomes much easier.

Most people will be friendly.

Seriously. Way more than I imagined they would be, especially since I was interrupting their weekend, their dinner, their mimosa party or whatever else they were doing. I can’t speak for the entire country, but at least in our neck of the woods, people are surprisingly nice, even when they tell you they don’t have time to talk to you right now. You will not get yelled at nearly as much as you think you will. Which brings me to….

Once in a while, you will run into that one person who will be extremely unpleasant. Remember–it’s not about you. Unless you’ve accidentally run into your old high school frienemy, you are a stranger to them and so they’re not really reacting to you. They either don’t like the candidate, or don’t like the Democratic Party, or they’re irritated that they got interrupted. Or they might be one of those permanently grumpy individuals who would react this way if the Easter Bunny showed up at their door with a basket of chocolates.

That being said, if you’ve had a particularly upsetting encounter, there’s nothing wrong with taking a short break for some calming and self-care. Don’t worry, your voter list will still be there when you get back.

Disclaimer: While the above has been true for me, I’m sure other canvassers have had experiences where the unpleasant person in question was, in fact, reacting negatively to the volunteer–to their race, gender, appearance, and so on. Since this hasn’t yet happened to me (or I’ve been so oblivious that I didn’t notice) I don’t have much in the way of advice for this situation, except to think that the principle of giving yourself rest and self-care is always helpful.

Which also means that you don’t have to know everything. One of the more nerve-wracking thoughts for me was “What if someone asks me about the candidate’s policy stance on issue X, and I don’t know the answer?” The great thing is, you have a hard-working group of campaign folks backing you up whose job it is to know and communicate the candidate’s policy stances. It’s perfectly fine to tell the voter that you don’t know the answer to that particular question, and that you can have someone get back to them with that information, or to recommend that they visit the candidate’s website for more details about his/her positions.

Canvassing has been fabulous at giving me that much-needed workout on the weekends. Lots of energetic walking, and you will be so focused on talking to the voters that you won’t even notice the time and distance flying by. There’s also lots of cool stuff to see while canvassing. We introverts are famously observant, and there is plenty to take in, from amazing gardens to funny door decorations. And of course, my personal favorite…meeting with lots and lots of cute doggies, and the occasional cute kitty.

Last, but not least: It’s okay to be nervous.

I have to say that after my years of volunteering I have noticed a boost in self-confidence and a difference in my conversational skills–not just when I’m canvassing. After all, there’s no better way to become good at something than, well, doing it over and over again. But even now, I still get nervous when talking to strangers, and I still have difficult moments. That’s okay. That one awkward moment will not ruin your life or the entire campaign. And accepting that you’re human and that you might have a little fear and anxiety, will make both volunteer work and life, in general, a lot easier.

Finally, keep in mind that there’s a reason why we introverts are putting ourselves through this: it’s because we believe that the ideas and values we’re fighting for can change our country and our world. Maybe even save the human species.

And hey, if your fellow humans don’t survive, who’s going to write all those wonderful books for you to read? I thought so. Get out there, introverts!