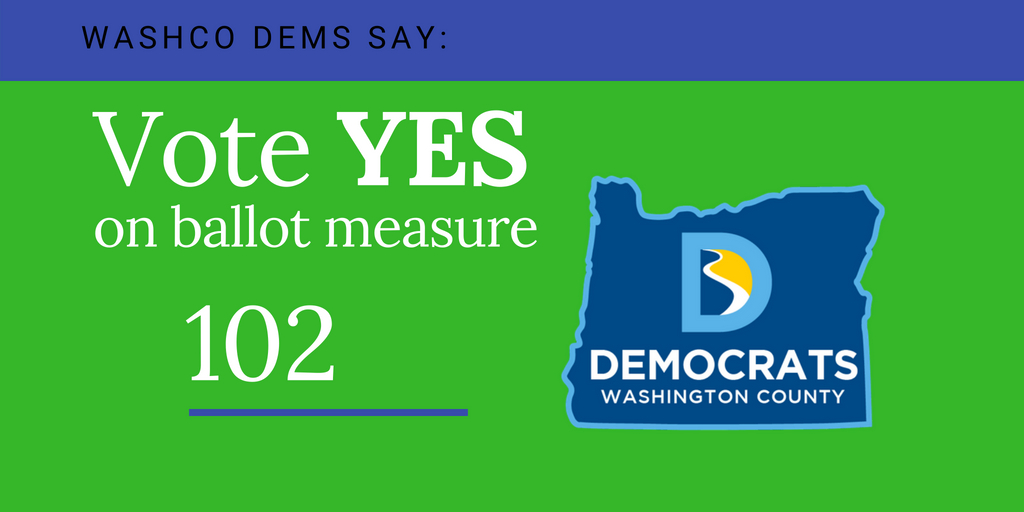 The Oregon Legislature put this measure on the ballot. All Democrats in both chambers of the legislature voted yes, and only five Republicans opposed it. Now that it’s on the ballot, a group called Yes for Affordable Housing has formed to support the measure. A wide array of more than 100 organizations, businesses, and elected officials have endorsed Measure 102.

There’s very little organized opposition to Measure 102, but that could change as campaign season picks up. This site will be updated as further information becomes available.

Visit the secretary of state’s campaign finance database to see who’s spending money for and against the measure. There are two committees registered to support Measure 102. One is called Affordable Housing for Oregon, and it was formed by Portland Mayor Ted Wheeler and Metro Council President Tom Hughes. They’d raised a total of about $72,000, with only $300 coming from an out-of-state donor. The second committee, called Defend Oregon, supports Measure 102 and opposes Measures 103 – 106. This committee is controlled by Our Oregon, a group that works to pass progressive ballot measures, and to defeat conservative ones. They’ve been around since 2008, and in 2018, they’ve raised just over $725,000 as of August 31, all of it from Oregonians.