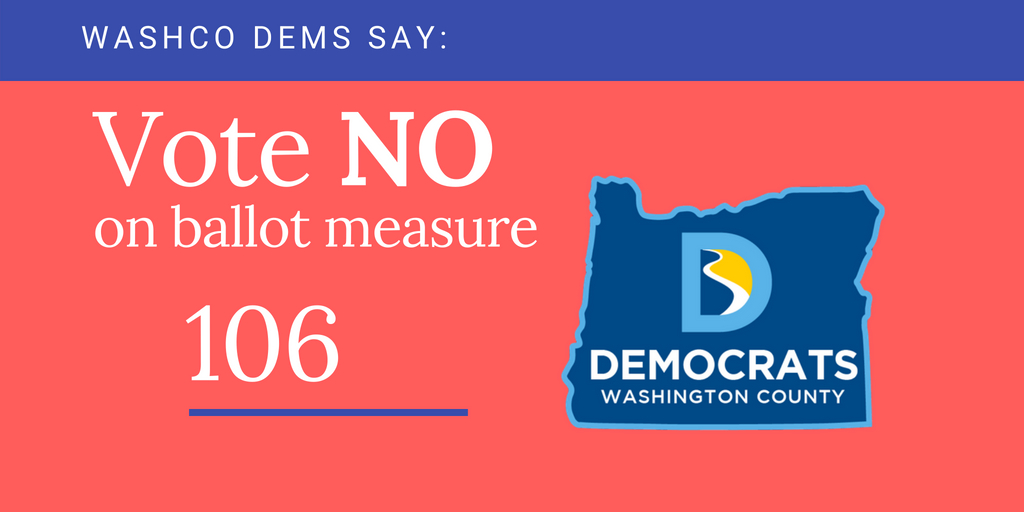 If Measure 106 passes, the use of government funds to pay for abortion will be prohibited in Oregon. There are exceptions for cases when a pregnant woman’s life is in danger, cases of rape or incest, and ectopic pregnancies. It’s important to know that this will primarily affect low-income women and public employees. Women with the means to pay for an abortion privately, or who have private or employer-sponsored health insurance, could still obtain an abortion. According to Oregon Health Authority records cited in The Oregonian, the Oregon Health Plan covered 3,769 abortions in 2016, at a cost of $2.4 million.

A group called Oregon Life United is the primary sponsor of Measure 106. The group has tried several times to put an anti-abortion initiative on the Oregon ballot, including in 2012, 2014 and 2016. This is the first time they’ve gathered enough signatures to get a measure on the ballot.

A coalition called No Cuts to Care is leading the opposition to Measure 106. More than 30 groups have joined the coalition, including the Democratic Party of Oregon, the ACLU of Oregon, NARAL Pro-Choice Oregon, and Planned Parent Advocates of Oregon.

Visit the secretary of state’s campaign finance database to see who’s spending money for and against the measure.