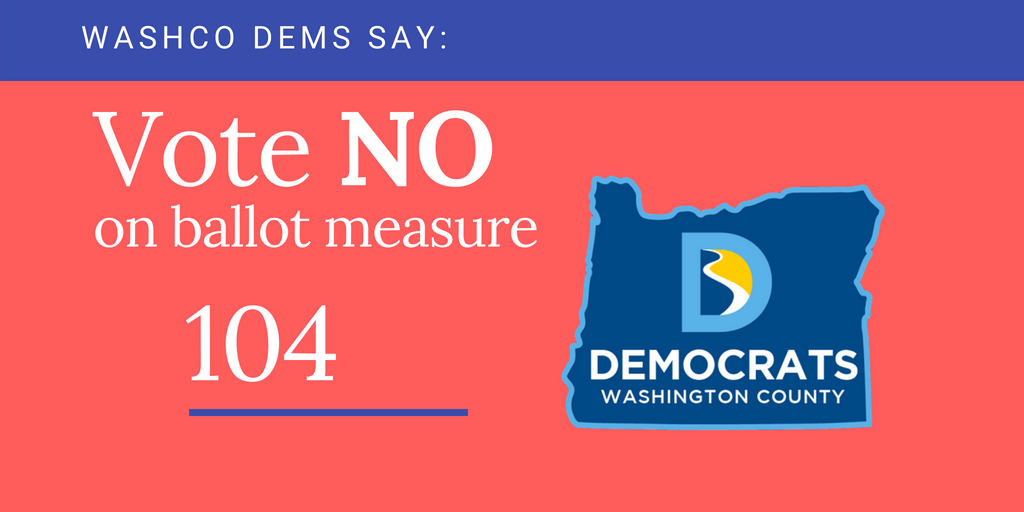 Oregon already has a requirement that a three-fifths vote of the legislature is necessary to pass bills that raise revenue. This measure adds a new category of bills that would require a three-fifths vote to pass — those that modify, eliminate or change the eligibility for tax exemptions, credits, deductions, or lower rates of taxation.

The Oregon Association of Realtors is the primary backer of Measure 104. They worry that the Oregon Legislature could try to reduce the state mortgage interest deduction for homeowners, which could hurt the Northwest’s booming real estate market. The legislature did look at that idea in 2017, with a bill that ultimately failed to pass. A coalition of Oregon business associations have endorsed Measure 104, as well as Priority Oregon. That’s the group that has been running attack ads against Governor Kate Brown, and has worked hard to keep the identities of their contributors and board members a secret. Visit Yes on 104 to learn more.

There doesn’t appear to be an organized opposition to Measure 104 at this time. The Oregon Environmental Council and the Service Employees International Union Local 503 have come out against it.