There’s a graphic circulating around social media. It’s a bit rude but has an important point. 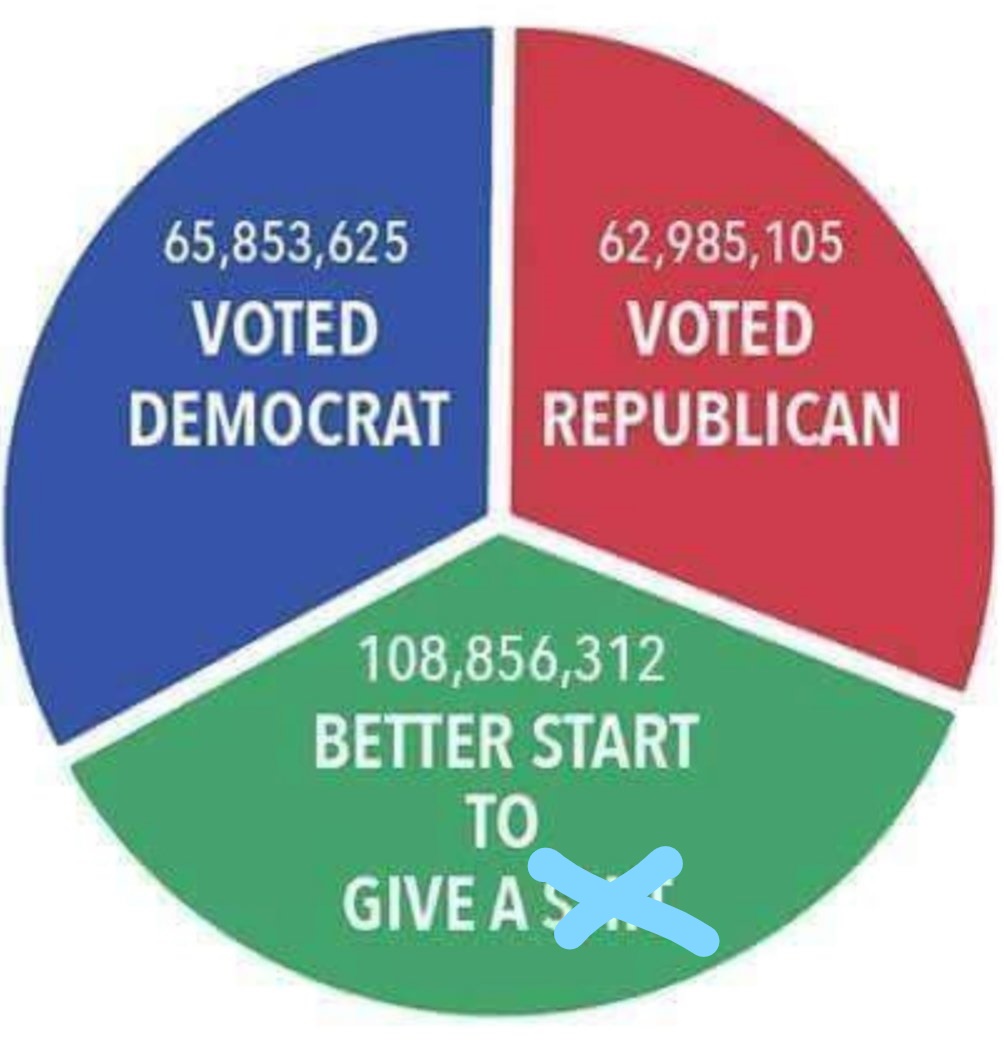 Some of these folks may have been prevented from voting because they couldn’t get off work, or got frustrated by long lines, or were turned away because their registrations turned out to be invalid or they didn’t have the right ID. Others may have been disgusted or confused by the rhetoric. Still, others had cranky notions about both sides being irredeemably corrupt.

But imagine if just 25% of those 108 million people who sat out the election had turned up at the polls and voted for Democratic candidates. The 2016 election would have been a landslide win for Hillary Clinton. State houses would have gone “blue.” Congress would look far different.

It is likely far, far easier to motivate non-voters to vote, to get them registered, and, where necessary, get them ID’s than to convince Trump voters to change their minds.

There are a bit over three months until the 2018 midterms. That is enough time to get a lot of people registered and to validate the registrations of those who registered previously. This sort of effort requires a lot of hands-on, face-to-face effort. but it needs to be done.

I watched this great video which further explores this idea:


A valuable resource for those who wish to help out friends and relations: http://www.vote.org